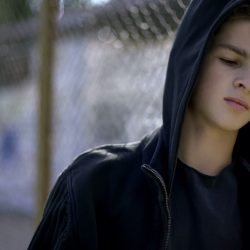 A lawsuit filed against the Glen Mills School says children were subject to physical and emotional abuse, medical neglect and lack of education.

HARRISBURG, Pa. – A class-action lawsuit charging abuse and inadequate education at a juvenile detention facility in Delaware County will be allowed to proceed. The ruling issued by a federal court on Friday means virtually all the claims against the Glen Mills School and state officials responsible for licensing and overseeing the school can move forward.

“This case focuses on physical abuse, emotional abuse, lack of medical care, lack of education as well as a culture of intimidation and violence against youth at Glen Mills School,” McInerney said.

The court hasn’t ruled on the substance of the suit but denied multiple motions to dismiss the case including failure to state a claim and claims by state officials of immunity.

McInerney said the court ruling is especially important to youths with disabilities who are disproportionately placed in the juvenile justice system, more likely to be harmed by physical abuse and whose educational needs were not being addressed.

“In fact, they had no policy procedures in place to ensure that children with disabilities received the special-education services they are legally entitled to,” she said.

She said other children at the school were forced to languish in an inferior computer-based credit recovery program or were denied any high school education at all.

McInerney noted by allowing the lawsuit to go forward, the court has acknowledged the Pennsylvania Department of Education, local officials and the Glen Mills School can be held accountable for any deprivation that youths were forced to endure.

“The court recognized that there must be a path forward to remedy the physical, emotional and educational harm that youths suffered, all of which have life-long consequences for these children,” she said.

With the motions to dismiss denied, the defendants now are expected to file an answer to the claims in the lawsuit.