The Upside of Divorce? 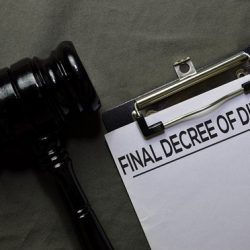 This story showcases one of the many independent research projects done by U.S. Census Bureau experts on topics relevant to the agency’s mission.

Divorce usually conjures negative thoughts of broken homes and acrimony but research now shows that divorce laws can actually have a positive effect on society and the economy.

According to new research, laws that make it easier to divorce can improve the welfare of household members, even for couples that stay together.

Divorce can be difficult and lead to less than ideal well-being outcomes. But studies both abroad and in the United States show divorce laws can play a positive role.

According to new research, laws that make it easier to divorce can improve the welfare of household members, even for couples that stay together

When family laws shift property rights and provide payments directly to women upon divorce, wives have been shown to invest more in quality schooling for their children and in schooling in general. Their leisure time increases and they start working more, decreasing the time they spend on household chores such as cleaning and cooking.

The design of laws can also improve the welfare of all family members by helping to reduce violence or stress associated with intra-marital fighting. Making divorce easier reduces the costs associated with leaving an abusive or unhappy marriage.

In a divorce, family courts redistribute resources gained during (and sometimes before) marriage. Women have more to gain in divorce if laws are more favorable to wives.

The prospect of onerous alimony, child support and other divorce compensation increases wives’ bargaining power when they have the option to divorce.

It may be less favorable for husbands but the reverse is also true when divorce laws are more favorable to husbands.

Studies have shown there are unexpected positive ripple effects when laws make divorce easier and quicker, including:

Divorce laws may also influence the quantity and gender of children within marriage.

Easier access to divorce has been shown to reduce the number of births and, in China, divorce reform has decreased the probability of trying to have a son after a first-born daughter by around 12%.

Also, laws that guarantee generous financial compensation upon divorce have been shown to increase first births among highly educated women. Knowing that they will be compensated for lost wages reduces the risk of leaving the labor market to have children.

Expanded alimony and child support and  allowances for divorced mothers have been shown to increase investments in children’s schooling and clothing.

Jeffrey Gray, an economist, argued in the late 1990s that “…any divorce-law change that alters the financial well-being of divorcing women and their children will also impact the welfare of individuals in families that do not dissolve … these indirect effects should not be ignored when designing effective social and economic policies.”

Much of the research to date supports his claim.

Studying divorce is hard — precisely because pinning down cause and effect is challenging.

However, sometimes there are rare events that provide a living laboratory for divorce research, such as the legalization of divorce in Chile in May 2004.

Divorce did not exist in this South American country until then, giving me and other researchers the opportunity to study the impact of divorce law on families and the economy.

The Chilean law required the breadwinner to pay the homemaker lost wages for the time she spent taking care of the home and kids.

This meant that a woman who studied law, married her college sweetheart, had kids and got divorced five years later was entitled to five years of back wages from her spouse equivalent to what a lawyer would have made during that time.

According to the law, couples had to get a divorce in the township where they lived when married.

The length of time to process a divorce varied depending on the township and the administration and judges in family courts developed by the law.

My newly published research shows that both the design of divorce law and how local governments execute it can have profound effects.

I used the legalization of divorce to show that pro-homemaker divorce laws increased investments in children’s schooling in married-parent families anywhere from 4% to 6%.

Married homemakers — women or men — gained power when the law required they be paid lost wages if they divorced. This increased the financial burden on their spouse should the couple divorce, giving them more bargaining power. As a result, they were more likely to be able to convince their spouse during the marriage to invest in items they cared about, such as their children’s education.

Research also shows that access to a speedy divorce process mattered. Threats of divorce are more credible when the process promises to be quick rather than take a year or more to finalize.

Chilean lawmakers were focused on protecting vulnerable women and children who may experience divorce, but legalizing divorce had another positive unintended result: higher school participation rates for children in married-couple families compared to children in cohabiting families (not bound by the new divorce law).

Many people may believe that making divorce easier means more people will divorce. But there’s evidence easing the divorce process has little effect on increasing divorce rates in the long run.

The bottom line: U.S. and foreign studies show the design of divorce laws can benefit society and the economy overall.

Creating laws that make divorce easy and quick can redistribute resources to the most vulnerable within families.

Misty L. Heggeness is a principal economist and senior advisor in the Research and Methodology Directorate at the U.S. Census Bureau. She is currently on leave as a visiting scholar at the Federal Reserve’s Opportunity and Inclusive Growth Institute.