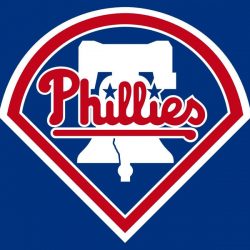 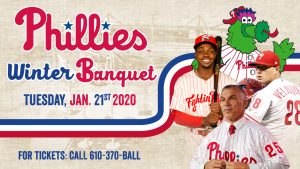 Tickets are on sale now, and fans can purchase individual admission to the event for just $25. Tickets are reduced to $20 per person when purchasing ten or more. Children ages 4 and under are admitted free of charge.

Velasquez has spent the past four seasons in Philadelphia after debuting with the Houston Astros in 2015. The 27-year-old right-hander appeared in 33 games for the Phillies last year, making 23 starts. He posted a 4.91 ERA in 117.1 innings, collecting 130 strikeouts.

Originally drafted by Houston in the second round in 2010, Velasquez was acquired by the Phillies in the trade that sent Ken Giles to Houston on December 12, 2015. Velasquez has appeared in two rehab games for the R-Phils, one each in 2016 and 2017.

The Baseballtown Caravan is set to begin with a family-friendly cocktail party and light snacks from 5:30-7 p.m. before the full program gets underway. Girardi, Quinn, and Velasquez will all be available to the media prior to the main event.

The night will feature the crowning of Greg Edge as the 2020 King of Baseballtown, and Phillies players, coaches, and front office staff in attendance will speak to the crowd and answer questions. The event will also include raffles with sports collectibles, plus highlight videos and more.

To purchase tickets to the 2020 Baseballtown Caravan and Phillies Winter Tour, call 610-370-BALL or visit fightins.com/caravan for more information.