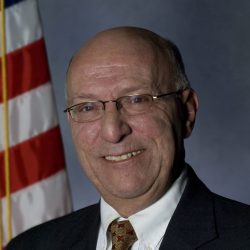 READING, Jan. 17 – State Rep. Thomas Caltagirone, D-Berks, announced today that he will retire from representing Reading and Berks County in the Pennsylvania House of Representatives upon completion of his 2019-20 term.

Caltagirone has served 22 consecutive terms since 1977, which makes him the longest-serving state representative in Pennsylvania history. The Pennsylvania House held its first session in 1682.

“I am forever grateful, humbled and thankful,” Caltagirone wrote in a letter announcing his retirement to House Democratic Caucus leadership. “I earned the trust and confidence of my friends and neighbors through the good times and the bad. I served under 12 different speakers of the House, nine governors and there have been nearly 900 different members of the House during my tenure.”

The representative of the 127th Legislative District said in the letter that he will be 78 by the time his term ends and has had time to recently reflect while battling health issues.

“I’ve decided it’s the right time for the next generation of leaders to step up and lead Reading into the future,” he wrote.

He continued, “I’m immensely proud that I was able to bring billions of dollars in state funds back to Reading, West Reading and Kenhorst. I swell with pride when I drive through West Reading knowing I brought the funds home to revitalize it, I went to bat for funding to rebuild the city viaduct, replace all bridges leading into the city, redevelop Skyline Drive and the Fire Tower, build new parking facilities and I was the prime sponsor of the law that allowed the construction of the Santander Arena.”

The entire letter can be read here.