PA Still Behind in Funding Pre-K 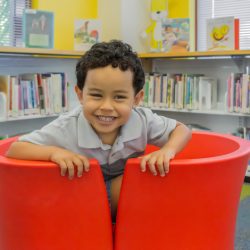 In nearly 2 out of 3 state Senate districts, less than half of eligible preschoolers attend a high-quality pre-K program.

HARRISBURG, Pa. — Pennsylvania has seen growth in its per-capita investment in high-quality pre-K, but other states still are doing more. The Keystone State has increased spending on pre-K by about $145 million over the past five years, but only 44% of eligible children are enrolled.

The latest report from Pennsylvania Partnerships for Children showed 18 other states with similar quality standards invest more per capita in early childhood education. According to Kari King, president and CEO of the group, that includes states such as Alabama and Georgia that generally are thought of as being very conservative.

“Their governor and their Legislature historically is led by Republicans, but those states are ranked very high and much higher than Pennsylvania,” King said.

She said increasing funding for high-quality pre-K by $243 million over the next three fiscal years would put Pennsylvania on par with states that deliver similar programs.

King pointed out high-quality pre-K is a once-in-a-lifetime opportunity that pays big dividends down the line.

“Everything from reduced likelihood of grade repetition to greater likelihood of being able to graduate on time, all the way to very long-range benefits into adulthood,” she said.

Studies show children who had high-quality pre-K have higher earning potential as adults and are less likely to become involved with law enforcement.

Next week, Gov. Tom Wolf will lay out his budget proposal for the coming fiscal year. King is cautiously optimistic that the budget for pre-K will continue to grow.

She noted that funding priorities in other states show support for high-quality pre-K cuts across party lines.