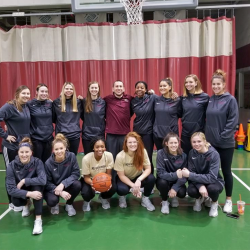 READING, Pa. — The grind of a college basketball season doesn’t provide for many free days, but the Kutztown University women’s basketball team was afforded that rarity with a break in its schedule on Saturday, Feb. 1. 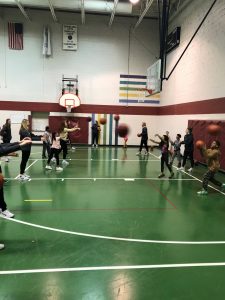 Instead of flashing their on-court skills against a Pennsylvania State Athletic Conference Eastern Division opponent, the defending division champion Golden Bears took their talents to the Olivet Boys & Girls Club in Reading, giving back to city-area elementary and middle school-aged players during a Jr. WNBA/Jr. NBA camp and practice session. 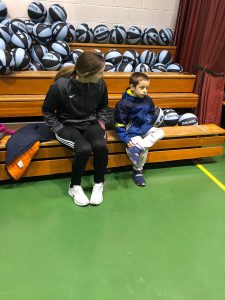 The KU women led and participated in drills focused on footwork, ball handling, passing and shooting, while also highlighting team concepts and values of teamwork around competitive games.

Teaching children skill techniques and the correct way to play basketball in a fun and educational environment were the primary goals the Golden Bear student-athletes strived to achieve during the session.

Assistant coach Justin Hallman expressed his and the team’s gratitude for the opportunity following the clinic. “Growing the game and having a positive impact on children’s lives through a respected organization like the Olivet Boys & Girls Club is something our program is thankful and appreciative for.” 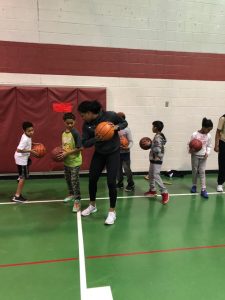