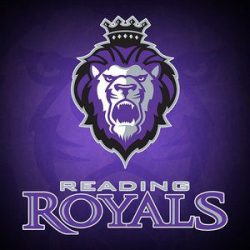 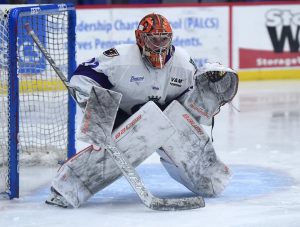 Ustimenko went 6-1-1 with a 1.87 goals-against average and a .935 save percentage in eight appearances during the month.

The 21-year-old allowed two goals or less in six of his eight appearances while making at least 24 saves five times. After suffering a loss in his first appearance of the month on Jan. 4 against Worcester, Ustimenko went 6-0-1 over his final seven starts.

Selected by the Philadelphia Flyers in the third round (80th overall) of the 2017 NHL Entry Draft, Ustimenko leads ECHL rookies, and is third overall in the league, with 18 wins while ranking sixth with a 2.48 goals-against average and tied for eighth with a .916 save percentage.

Ustimenko spent the previous three seasons in the Junior Hockey League (MHL) in Russia, and earned a bronze medal with Russia at the 2017 U18 IIHF World Championship. Last season, he led all MHL goaltenders, and set an all-time MHL record, with 12 shutouts, bettering his previous best of 11 from 2017-18.

The Reading Royals invite all to come to the team’s Pink in the Rink game on Sat., Feb. 8 at 7:00 p.m. for a chance to be named as the 3-millionth fan in Royals history. One lucky fan will be selected randomly and be given a special gameday experience and prizes for being the 3-millionth fan ever to attend a Royals home game. The Pink in the Rink Game is presented by Adams & Associates, Alvernia University and Lamar Advertising. In addition to the 3-millionth fan celebration, the Pink in the Rink game features special pink ice, breast cancer awareness jerseys, $1 Pink Rose draft cider and a fleece blanket giveaway to the first 1,500 fans in attendance. The day is part of a doubleheader of hockey at Santander Arena; fans that purchase a ticket also receive admission to Alvernia University’s women’s hockey game at 2:00 p.m. vs. Manhattanville College.

Single-game tickets are available here and groups of 10 or more receive ticket discounts plus food and a hat. Call 610-898-7825 for details or visit royalshockey.com/promotions for details.