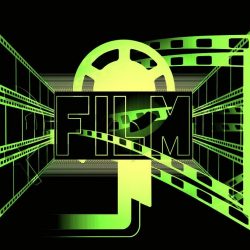 Wyomissing, PA — The Jewish Federation of Reading/Berks in partnership with the Islamic Center of Reading and Greater Reading Unity Coalition announce a one-time screening of the new documentary American Muslim with a post-film inter-faith discussion featuring director Adam Zucker. The 2019 American documentary will be shown on Sunday, February 16 at 3 p.m. at the Goggleworks Film Theatre, 201 Washington Street, Reading, PA. Admission is $5 per person and cash and credit card will be accepted at the door.

American Muslim is a newly completed, 82-minute documentary about being Muslim in the age of Trump. New York-based filmmaker Adam Zucker spent months with five diverse Muslim-Americans in Brooklyn and Queens, telling the story of people and communities struggling with increased Islamophobia and the Muslim Ban. The political fight is interwoven with intimate, personal stories of a Palestinian-American community organizer, an Indonesian-American Imam, an Algerian-American social services provider, a Bengali-American mosque president, and a Yemeni-American activist. They each find themselves forced to navigate the changing landscape of Muslim identity.

The film premiered at the San Francisco Jewish Film Festival in July, showed at the Arab Film Festival in the Bay Area, and had its New York premiere at DOC NYC—these are three of the most prominent Jewish, Arab, and mainstream festivals in the U.S. Many other screenings at film venues are on the horizon. More information at www.AmericanMuslimFilm.com

The film serves as the core of the American Muslim Interfaith Project. This campaign is designed to utilize the documentary as a centerpiece for inter-community events. The growth of Muslim-Jewish alliances is a theme in the film, and events are being planned which will bring together mosques, synagogues, and churches, as well as MCCs, JCCs and Christian groups. This screening will be presented in partnership with the Jewish Cultural Center (JCC) of Reading, the Islamic Center of Reading and the Greater Reading Unity Coalition.

Adam Zucker (Director, Producer, Cinematographer and Editor for American Muslim) is an independent filmmaker. His most recent independent documentary is The Return (2014), about young Jews in Poland today rediscovering their Jewish identity. The film has screened at over 80 film festivals, community centers, synagogues and universities in the U.S., and in 13 other countries, including in Reading in 2016. Prior to that, Adam released Greensboro: Closer to the Truth (2007), about the first Truth and Reconciliation Commission held in the U.S.

Adam is simultaneously an award-winning editor and has cut dozens of feature documentaries. He has also edited numerous films in the PBS American Masters and American Experience series.

Following the screening and inter-faith panel will speak on the film including filmmaker Zucker and local Muslim community member, Nora Elmarzouky. Elmarzouky is a civic and intercultural engagement and community development specialist for in•site collaborative, a collective of designers and researchers working to make urban development and change in the city more participatory and equitable.

American Muslim is open to the general public and we welcome people of all faiths to attend this event.