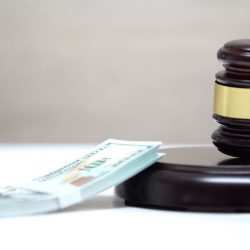 Judges are supposed to consider ten factors, including a person’s ability to pay, when setting bail.

HARRISBURG, Pa. – Civil liberties advocates say Philadelphia courts aren’t following the rules for the use of cash bail, which is keeping people in jail just because they’re poor.

In the latest briefs filed in a 2019 class-action lawsuit, the American Civil Liberties Union of Pennsylvania has asked the state Supreme Court to clarify and enforce the rules for imposing bail on those charged with a crime.

The court already has rules in place to prevent people living in poverty from being routinely incarcerated before trial simply because they can’t afford bail.

But Nyssa Taylor, criminal justice policy counsel for the ACLU of Pennsylvania says even a few days in jail can have drastic consequences.

“Someone can lose access to necessary medications, they can lose their job, custody of children,” says Taylor. “All of the devastating consequences.”

She says enforcing the rules for cash bail in Philadelphia would have a ripple effect, spreading to other counties across the state.

Taylor points out that judges are supposed to consider ten factors – including family history and community ties – before setting bail. But she says bail hearings last an average of just three minutes, and many are over in less than one minute.

“Anytime someone is even contemplating cash bail, the rules require an ability-to-pay hearing, determining basically whether someone can afford the bail that’s been assigned,” says Taylor. “And we did not see that happening.”

She adds that alternatives to bail, such as pretrial notification programs by text or phone, have been shown to more effective than cash bail at ensuring court appearances.

The ACLU’s lawsuit asks that all defendants that the Commonwealth wants to detain before trial be given a full due-process hearing. Taylor believes that would help ensure that people aren’t being jailed just because they can’t afford bail.

“If you’re very wealthy, cash bail should look very different than someone who’s represented by the public defender,” says Taylor. “You may be indigent, but you may be able to put $10 or $25, and that might be your cash bail. But it should be tied to someone’s wealth.”

She says everyone, from police to prosecutors to judges, has a responsibility to follow the rules at every step in criminal legal proceedings.