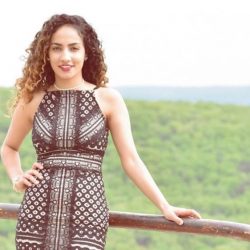 The Iron playground located on the south side of Reading is home to many memories and stories that neighbors share to this day. Many organizations like Barrio Alegria, the South of Penn Task Force, and the Iron playground neighbors have been working very hard to increase park activities and bring life back into the playground. But no matter the amount of programs involved, the restoration of the park would not be sustainable if it wasn’t for a few neighborhood heroes and heroines who are devoted to making a difference. The neighbors who live in the vicinity of the park, who have done work to restore it, are reclaiming it. These heroes are worth the spotlight.

Goldy Ghuman, a 23 year-old Iron playground neighbor, was born in India but moved to the states with her family in her adolescence. She arrived in Reading, in 2012 when she was 16 years-old and had to adapt to a new country, new neighborhood, and having to make new friends. Her mother and father opened a corner grocery store on the south side of Reading that they named after Goldy herself. While she was residing in the city and going to a private school just at the edge of the community, Goldy became aware of the negative preconceived notions that were labeled on her home by her peers and teachers.

Goldy grew up going to Iron Park to play softball with her brother and used to see the park as a place where she could find safety and serenity. But many things have changed since then, Goldy no longer sees her childhood park as safe. This is what gives her the motivation to be active in the community so children can feel safe and enjoy the park like she and her brother did before.

Restoring the park has not been her only goal, over the years, Goldy has found ways to get involved with her community. While in college, for example, she participated in the International Club and organized the group to help in cleanup efforts to try to be an example to other neighbors; this helped her better her communication skills, as English is her second language. Goldy has worked alongside Barrio Alegria, interned at the City Council, and Congresswoman Chrissy Houlahan, and also is part of the South of Penn initiative. Goldy says, “We are getting better, there are a lot of leaders in Reading that are working together to bring a positive change in the community”.

While working with these organizations, Goldy has been able to have conversations with both the neighbors and heads of local organizations to understand what each wants and can do to make the city better. Goldy has been a huge help and leader for the community and continues to work for her neighbors. In 2018, she graduated from Reading Area Community College with an Associates Degree and is pursuing a Political Science major at Kutztown University, with a minor in International Studies. Goldy is happy to be a part of the plan to help revive the Iron Playground.

The work of Goldy and other Iron Playground heroes and heroines has drawn national attention, and on February 11, the Center for Community Progress announced that Goldy and five other neighbors have been selected to join the 2020 Community Revitalization Fellowship, a nationwide training program that aims to grow resident-driven efforts to combat vacant, abandoned, and deteriorated properties. Goldy and fellows will be traveling to learn from two communities, Fitchburg, MA, and Montgomery, AL, and will be welcoming fellows from those communities in Reading!

Thank you, Goldy, for all you do for our, your community!