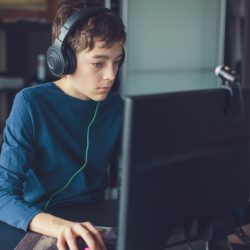 HARRISBURG, Pa. — Cyber charter schools appear to be spending millions of dollars in taxpayer money on advertising, but at least one refuses to show the details.

Commonwealth Charter Academy is one of the biggest cyber charters in the state and recruits students through extensive and expensive advertising.

But the school responded to a Right to Know request by claiming details about those expenses are “protected trade secrets” and turned over documents that were heavily redacted.

According to Susan Spicka, executive director of Education Voters of Pennsylvania, those documents still revealed some disturbing numbers.

“The cyber charter school is spending, on average, probably $7 million to $8 million a year on contracts with lobbying and public relations firms and on services,” she points out.

Spicka says state law needs to be changed to require transparency in the way charters spend nearly $2 billion of taxpayer money every year.

Spicka calls the advertising budget excessive and says the public has a right to know how those funds are being spent.

“We don’t know if they’re using this money to try to skew their enrollment,” she states. “Are they focusing on high-tuition school districts? Are they trying to exclude some students or student populations?”

Spicka says the $8 million spent on advertising could have hired 80 or more teachers in under-resourced classrooms or hundreds of teachers’ aides.

Spicka wants to see the law changed to require that all charter school advertising state that it was paid for with taxpayer dollars and to require charters and school districts to post those expenses online for the public to see.

“I think most Pennsylvanians would be really surprised to learn that cyber charter schools are using the property tax dollars they get to fund protected trade secrets of these high-priced lobbying and advertising firms,” she states.

A bill was introduced last year to require that all charter school advertising referring to tuition stipulate that it is taxpayer funded, but the bill did not come to the floor for a vote.