Helping PA Save for Retirement 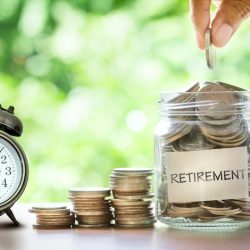 Workers with access to a retirement plan at work are 15 times more likely to save, research shows.

HARRISBURG, Pa. — Some 2 million Pennsylvanians have no retirement plan at work, but proposed legislation would give them a chance to save for the future.

Like similar bills passed in Oregon, California and Illinois, the Keystone Saves plan would automatically enroll private sector employees in a state-run, privately managed payroll savings plan at no cost to employers.

According to Bill Johnston-Walsh, AARP Pennsylvania state director, 63% of employers in the state cite cost as the reason they don’t have a retirement plan for their workers.

“But nearly 75% said they support legislation that would establish a ready-to-go retirement option if they could do that simply and without cost,” he points out.

Johnston-Walsh says the bipartisan proposal would allow workers to set how much they contribute, or to opt out.

Faced with expenses such as mortgage or rent, medical bills, food and utilities, workers may feel they simply can’t put aside money for their retirement. But Johnston-Walsh says that puts them at risk of falling into poverty when they can no longer work.

“We just can’t afford to continue ignoring our growing retirement security crisis,” he stresses. “Nearly half of all workers age 50 and older have less than $25,000 in savings right now.”

Johnston-Walsh adds that research shows people with access to a retirement plan at work are 15 times more likely to save.

“Even a modest amount of savings will help offset taxpayer dollars going to programs like Medicaid, SSI, SNAP and housing assistance,” he states. “So it will be saving taxpayers in the long run.”

When Oregon established a similar plan in 2017, 72% of workers enrolled in the first year, and they now have saved more than $42 million.