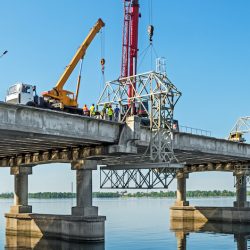 ALTOONA, Pa. — Mayors, councilmembers and other local elected officials were in Washington last week to talk about their agenda for this presidential election year.

And in Pennsylvania, Altoona Mayor Matthew Pacifico notes infrastructure is an issue that everyone agrees needs to be addressed.

“Roads, bridges, water, wastewater, there’s nothing partisan about that,” he states. “So, it’s encouraging that the House has taken steps to begin putting an infrastructure package in place.”

Pacifico says the League will be working hard to make those proposals a reality.

“We’re going to lobby Congress whenever we’re over there on the hill, to make sure that we continue to have those conversations and get this bill moving,” he states.

The proposal also includes funding for transit systems, railways, airports and broadband, as well as charging infrastructure for electric cars.