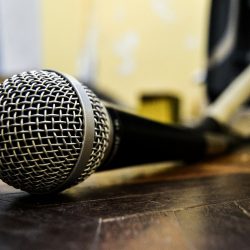 The Hip-Hop industry has been living in fear for a long time now. Many artists in the genre are losing, or fearing for, their lives to the point that they do not feel safe even in their own residences. Just last month, aspiring New York rapper Pop Smoke, born Bashar Barakah Jackson, was tragically shot and killed during a home invasion at his Hollywood Hills residence. This is just the latest casualty in the Hip-Hop industry, and whether it has to do with being shot or whether it’s a drug overdose, the numbers are scary.

Many up-and-coming hip hop artists are seeing a premature end to their lives, many not even making it past the age of 21. Fans have been left wondering what is going on. The drug and gun culture may seem cool for many to produce music about or listen to, but these are about horrible realities. A few recent yet notable deaths due to gun violence in the hip hop industry include Jimmy Wopo, Nipsey Hussle and XXXTentacion. Those who passed from drug use include Lil Peep, Mac Miller and Juice WRLD. Both past and current rappers have used their platforms to speak about the fears of their lives being cut too short. Roddy Ricch’s 2018 release “Die Young” is about the cold heartedness of envious people who decide to take the life of a successful young artist due to jealousy of the artist’s rapid success at a young age.

A few of the late rappers mentioned earlier made their drug use well known and expressed the effects they have on them as well as the reasons behind their usages. Lil Peep, born Gustav Elijah Ahr, was an emo-rap artist who “self-medicated” to cope with the pressure and expectations of satisfying his fans and team. His music frequently mentioned his drug use, depression and death, and he tragically died in November of 2017 after taking six fentanyl-laced Xanax pills, which a fan sold to him. Many believe that his management team encouraged his drug use as it masked his anxiety rather than encouraging him to seek proper medical help. More recently, Juice WRLD, born Jarad Anthony Higgins, was the victim of a drug overdose after consuming oxycodone and codeine in an attempt to hide the drugs from authorities- a life-ending seizure was the result of the consumption.

Gun violence in the hip hop industry is as prevalent today as it was during the early stages of the East Coast-West Coast hip-hop rivalry. Pop Smoke, a 20-year-old artist, lost his life after being shot during a home invasion. Florida born rapper XXXTentacion, born Jahseh Onfroy, another 20 year old, was shot and killed in June of 2018.

These premature deaths in hip-hop are hard to swallow, and it has many people asking, “Who’s next?” Why do so many become victims? Why is Hip Hop so filled with drugs and violence? Why are drugs and violence celebrated in Hip Hop culture? We need to ask these questions, and try to change the glorification of such destructive behavior. Some will say that is already the case, but the real question is, how do we stop it?