Democrats call for Pa. House special election to be postponed 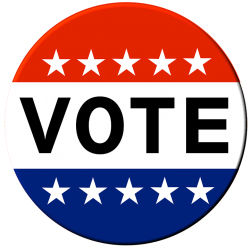 Democrats in the Pennsylvania House of Representatives are condemning the decision by Speaker Mike Turzai (R-Allegheny) to let a special election proceed in a district that’s located in an area under state restrictions intended to mitigate the spread of COVID-19.

“Asking people being urged to stay home and use social distancing to ignore medical advice and go to crowded polls is irresponsible and dangerous, and an outrageous risk to our poll workers, many of whom are in the at-risk population for the virus’ most lethal effects,” Minority Leader Frank Dermody (D-Allegheny) said in a statement posted Sunday, referencing the high fatality rate among older adults who contract the coronavirus.

Turzai said he will not postpone the special elections in a statement issued Saturday.

All absentee ballots already have been cast in the contest, and would have to be invalidated, House GOP spokesman Mike Straub said Sunday.

The parties also would have to pick candidates again, though they could choose the same people, Straub said.

As Speaker, only Turzai has the power to cancel the special election, Department of State spokeswoman Wanda Murren confirmed Sunday. In the case of special elections to fill vacant seats in the legislature, state election code gives the presiding officer in each chamber the power to schedule the date.

Gov. Tom Wolf says he’s considering delaying the April 28 primary, but won’t make the call until the date’s closer. Pennsylvania’s election code does not lay out special powers for the governor or legislature to postpone or reschedule elections. The governor’s emergency powers and obligation to protect public safety could give him sufficient authority, but the matter would almost certainly wind up in the courts unless GOP leaders in the legislature sign on.

But Wolf made clear on Friday and Saturday that he thinks the March 17 special election in Bucks County should be postponed.

Levine’s made the comments came during a conference call with legislators; the health department declined to comment Sunday.

There are three special elections for the state House happening Tuesday to fill open seats in districts 18 (parts of Butler and Mercer counties), 8 (Bensalem Township, Bucks County) and 58 (Westmoreland).

Polling locations could create problems for public health officials seeking to curtail the coronavirus outbreak. The federal Centers for Medicare and Medicaid Services issued a nationwide directive for nursing homes to restrict visitation Friday. At that point, restrictions already were in place at many facilities throughout Pennsylvania – even those outside the mitigation zone in Bucks, Montgomery, Chester and Delaware counties.

Two 58th district polling places are located in apartment buildings in Monessen and Jeanette (Westmoreland County) that are occupied exclusively by senior citizens. Four others are in retirement homes in Monessen and one is located at the West Newtown Senior Center, according to the county’s precinct list.

Westmoreland elections officials were unavailable over the weekend to answer questions about relocation plans.

DoS spokesperson Murren said 18th district polling places will not be moved. None are at nursing homes, retirement communities or senior centers, according to Bucks County’s list.

As of Friday afternoon, Mercer had moved one 8th House district polling place out of a nursing home to another location half a mile away that typically hosts a different precinct, according to county elections director Jeff Greenburg.

“It looked like … we were going to be able to use an isolated room in the building. So we were not going to be where we normally would be. We were going to be isolated away from the residents, and [facility operators] thought that they could still accommodate us,” Greenburg said. “But … after some further conversations, there were some more concerns. And I agree 100 percent.”

Butler officials — and a description of county precinct locations — were not available on Sunday to answer questions about polling locations there.

Candidates in the three March 17 special elections did not respond to requests for comment made over the weekend.