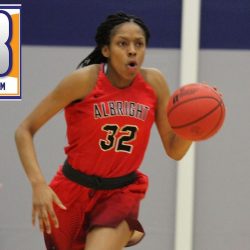 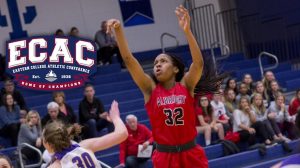 She is the first player in program history to be named player of the year from the ECAC, and the third player to earn All-ECAC recognition. Alysha Lofton earned All-ECAC South first team honors back in 2018.

Terrell set the Albright women’s basketball single-season program record in points (608), rebounds (346), field goals made (230), and blocks (87), while averaging 12.6 rebounds, 22.4 points, and 3.1 blocks per game.  She posted a career-high 41 points at Messiah on Jan. 18 to hold the single-game scoring record for the program, and is tied for the third-most blocks in a single game in program history after blocking seven shots on two occasions.

In NCAA DIII women’s basketball, the Reading, Pa. native ranks third overall with 21 double-doubles in 28 games and is tied for third in field goals made.  She sits sixth in blocked shots and is also sixth in rebounds.  Terrell led the MAC Commonwealth in points per game and blocks per game while ranking second in conference rebounding.