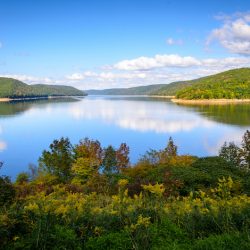 For more than 50 years, NEPA has been the federal process that helps protect water, air and wilderness areas from environmental damage.

But according to Kirk Johnson, executive director of the group Friends of Allegheny Wilderness, the proposed changes would make NEPA an environmental review process in name only.

“Really all that it would be doing would be rubber stamping, in effect, industry proposals for development on federal public lands,” he points out.

The federal Council on Environmental Quality says the changes would make reviews by federal agencies more efficient, effective and timely.

But Johnson says the proposal would erect barriers to public participation and judicial review, while allowing the bare minimum level of environmental review — or no review at all.

“There are provisions that would hand over control to extractive and other industries, and in essence, ensure that no matter what, everything always leads to approval of industry proposals,” he states.

Johnson adds that environmental and conservation groups across the country submitted comments in opposition to the proposed changes.

He points out that NEPA was instrumental in stopping a recent mountain biking proposal for Pennsylvania’s largest inventoried roadless area, the proposed Tracy Ridge Wilderness area in the Allegheny National Forest.

“Any time an agency puts forward a bad proposal that’s going to harm wilderness or potential wilderness, we need to be able to rely on a NEPA law that has teeth,” Johnson stresses.

He says Friends of Allegheny Wilderness is working with environmental law experts on next steps if the NEPA changes are put into effect.