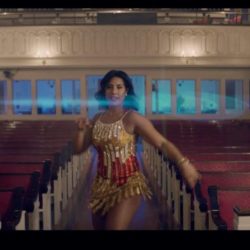 Visit Pennsylvania’s Americana Region, Reading & Berks County was the brainchild and passion piece of Berks County native, Sebastian Nieves. “I felt a strong calling to give back to my community, the place that shaped me into the person I am today,” stated Nieves. “My inspiration came from a street video of Reading shot in the 60s. For some reason, Reading has achieved a negative name since then. I wanted to show the world the reality of what my home has to offer. I pitched the idea to my friend and colleague, Andrew Bilindabagabo, and he ran with it. From there, Crystal Seitz of Pennsylvania’s Americana Region, Santo Marabella of Marabella Enterprises, and Josh from LampHouse Films, got on board as producers. The project quickly snowballed and flourished! Today I am thrilled to be part of this strong community and especially proud of a film that showcases the vitality of Reading and Berks County.”

Also quick to get on board were local business owners and volunteers from across the region who offered their time, talents, and locations to help create the piece. In total, three versions of Visit Pennsylvania’s Americana Region, Reading & Berks County, were created with running times of 15 to 90 seconds. The Visitors Bureau will use the films to promote tourism to Berks County and hopes the piece will generate feelings of optimism and goodwill throughout the area.

“I could not be more pleased with how the commercial turned out,” commented Visitors Bureau president, Crystal Seitz. “Sebastian, Andrew, Santo, and LampHouse Films created a cinematic masterpiece. I am grateful, too, for the support of our partners and friends. I am so proud of what we accomplished”

Pennsylvania’s Americana Region strives to positively impact the economy of Reading, Berks County, and Pennsylvania by increasing travel and tourism in the region.