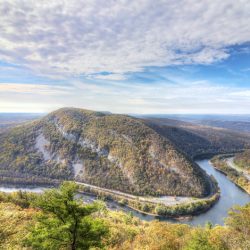 The Delaware River was once so polluted it turned the hulls of ships brown. But after decades of restoration, a river-conservation group has named it “River of the Year.”

The Delaware is a source of drinking water for Philadelphia and New York City, but 75 years ago it was choked with sewage and pollution. According to Christopher Williams, senior vice president with the group American Rivers, thanks to years of multi-level efforts, the river has made a remarkable comeback.

“Its pollution levels are low. Fish and wildlife numbers are higher,” Williams said. “The federal government and state and local initiatives have brought the river back to health.”

He added that keeping the water clean will depend on maintaining the environmental laws and regulations that have made the restoration of the river possible.

Williams said the Delaware was extremely polluted when the Clean Water Act passed in 1972. And he said the law has been critical to making the water clean.

“The Clean Water Act’s under attack by the Trump administration, which is attempting to roll back protections from small streams and wetlands, which are, of course, the source of water for rivers like the Delaware,” he said.

He said government and communities also need to address growing challenges to the river from urban development, aging infrastructure and climate change.

“We’re expected to have a 400% increase in violent rain events by the end of this century,” he said. “So you’re going to need to manage the river for flood and for drought in a much more intensive way because of the impacts of climate change.”