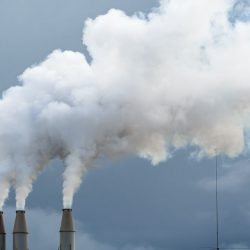 The Environmental Protection Agency is changing the way it calculates the impact of mercury emissions. The Mercury and Air Toxics Standards, put in place in 2012, justified the cleanup costs to industry by including the health benefits of reducing other pollutants – like sulfur dioxide and particulates – that come with reducing mercury.

The new rules consider only the impact of mercury itself. Mandy Warner, director of Climate and Clean Air Policy at the Environmental Defense Fund, says that undermines the purpose of the standards.

“These standards reduce 80 toxic air pollutants, deadly soot,” says Warner. “That is the real-world impact of these standards, and that is what EPA should be considering.”

Trump administration officials have characterized the 2012 rule as a dishonest mechanism used to justify regulatory action regardless of cost.

The Obama administration estimated the mercury rule would prevent 4,700 heart attacks, 130,000 asthma attacks and 11,000 premature deaths each year. And Warner points out it isn’t the only clean air regulation under attack.

“It’s coming after a series of other actions that either can directly increase the amount of pollution or undermine some of our foundational clean-air standards,” says Warner.

She adds the clean air rules are being weakened even as the nation battles a pandemic that causes deadly respiratory problems.

While the new standard doesn’t eliminate restrictions on mercury emissions, critics say it opens the door to legal challenges, to those regulations and many other environmental rules.

“It will invite certain interests to seek legal review of the mercury standards that we think is a really direct threat to public health,” says Warner.

Environmental groups are planning to sue the EPA to prevent the changes to the Mercury and Air Toxics Standards from taking effect.