Surviving in the Wake of a Pandemic Part II: Berks County Entertainers share their stories 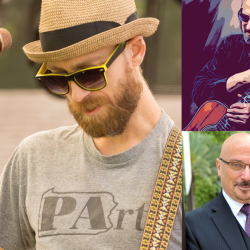 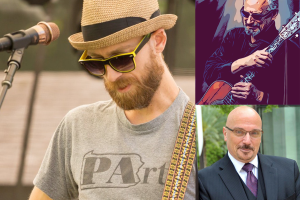 In part one of “Surviving in the Wake of a Pandemic”, (click here to read) Berks restaurants owners and managers provided an inside look at the affects of COVID-19 on their businesses. In part two, we speak with local entertainers.

2020 was to be the 30th Anniversary of Berks Jazz Fest, an event which has become one of the most recognized Jazz festivals in the country. “The event was originally a partnership between the Berks Arts Council, the Visitors Bureau, and the hotel community. The whole idea was to create a traditional cultural event during a slow time of year for the hotels. The first year there were seven events held on a weekend. The festival has grown to include 50 plus major ticketed events, and another 75 to 100 events held in venues throughout the community held over 10 days.”

John has been with Jazz Fest from the onset, and has served as general manager for the past 26 years. “The festival attracts international, national, regional and local musicians who present diverse styles of music under the jazz umbrella. We have formed great relationships with many artists hoping that they will be invited to return,” he said.

“It’s a credit to a lot of people. The staff of Berks Arts Council, Gary Spencer, Konstance Folk, and Executive Director Meggan Kerber, work all year long on the event, along with 300 volunteers.” The event was ready to celebrate its 30th Anniversary in April when the reality of the pandemic hit. “We decided to postpone the event, and reschedule it for April 9th thru April 18th 2021. The potential conflict was with artists and getting all of the artists reconfirmed for the dates for 2021. Same everything for next year, and pre-ticket sales are ready to go for next year. It was challenging in terms of the revenues, having to postpone two weeks before. We were on our way to record ticket sales, and we honored all refunds.”

Focusing ahead, John feels positive. “This was uncharted territory in working through it. I talked to festivals and promoters all over the country, and we were one of the first to reschedule. We can walk away from 2020 and look to 2021 knowing that we were diligent in mitigating the negatives, and focus on 2021 right now and having a great 30th celebration!”

A jewel set in the crown of the area’s arts community, The Reading Symphony Orchestra has a strong following, and values the support of many patrons in the Berks County area. Each season is presented both creatively and uniquely, keeping an enthusiastic audience returning year after year.

“The orchestra was doing well prior to the pandemic, serving as a leader in a community wide event-a celebration of women in the arts. Recounts David Gross, Executive Director of the RSO, “The 12 week long festival involved twenty organizations in the community, all highlighting female artists. The festival entitled Celebration of Women in the Arts was scheduled to be held from March 2nd thru the 3rd week in May, and included performances and exhibits throughout the community.

The festive came to an abrupt halt along with the orchestra’s 2019-2020 season. “We were having a really good season but we were short two concerts, April 18th, a pops concert Broadway Rocks, and the final classics concert, May 2nd, Verdi Requiem with the Reading Choral Society. There were a lot of disappointed patrons and musicians. However, we were able to receive a Small Business Care Act association grant for which we applied immediately. We received the funding and we will not have to furlough any staff.” As for next season, David sees change.

“I think that the immediate future will be a new normal. We have discussed taking steps including having hand sanitizer and masks available for patrons, and taking temperatures, all to have patrons feel more comfortable coming out. We are looking ahead to next season, and will be taking the steps to having as clean an environment as we can. We want to instill a degree of confidence in patrons so that they feel safe. Right now we are scheduled for September depending on directives from the Governor, and whether people feel safe and confident. Next year will be a bit more challenging, more than in previous years, because longtime businesses have been challenged.  We will need to identify additional and new sources to keep the symphony viable.”

The creative energy of artists and musicians simply cannot be contained, even during a pandemic, as social distancing, and stay at home regulations robbed performers around the globe of their live audience. Here in Berks County, singer/songwriter/musician Zack DeSantis came up with a way to keep the music flowing in Berks County and beyond through his social media platform.

“I was passively doing live streams of my own music after they did the stay-at-home on March 18th.  I actually saw it in Delaware County and I decided to start one in Berks County. I thought that it would a way to share music between me and my friends, and it just ballooned very quickly to over 13,000 members in the group.”

Zack had to pull things together quickly in order to meet the demand and interest of all the people who joined Berks County Quarantine Open Mic. “I was learning as I went. I set up the site one night, and the next morning there were 300 people on it. I posted a sign-up sheet, and from there people went on live and played. From there we kept going and it kind of evolved as it went.” The whole idea was very personal for Zack. “Before this, I played a lot, and I lost many gigs with the shut down.  I wanted to give myself and my friends an outlet to stay connected and perform for some of that normalcy.”

It turns out the fellow musicians felt the same desire for connectedness, especially during this pandemic. Zack has opened up areas of the Open Mic schedule to accommodate diverse sets of performances for his audience.  “We have a Children’s Hour, and some people asked to do DJ sets at late night on the weekends, we have Poetry.  We also had a tee shirt design contest.  All the while it has been a ton of work with sign ups, helping people, and schedules.  We field technical questions as well. People have wanted to start donating and now we have charities too. We are flying by the seat of our pants as stuff comes up.”

During this time of isolation, the Berks County Quarantine Open Mic has fostered connections in the music community both locally and beyond.  “The page is a platform for getting people’s music out there, and it could help boost them in the future.  The value is really about the connections.” Zack has a real desire to see the original music scene flourish here in Berks County, and this is his goal for the future once things loosen up.  You can follow Zack DeSantis on Facebook or on Instagram, and be sure to check out Berks County Quarantine Open Mic and make the connection!

If you’ve lived in Berks County for most of your life, you were sure to have been “entertained” at some point, by this high energy, and multi talented man!  A true force of nature, Dave Kline has collaborated and performed with countless bands and musicians locally and around the world, and he can also keep an audience alive and on its feet, all by himself!

Prior to the pandemic, Dave and his family were hit with two major setbacks; a lifetime career lost with the sale of the Reading Eagle, and a fire which devastated his family home right before Christmas. The community response and support for Dave and his wife Kathy after the fire was overwhelming, and a testament to his fierce involvement and dedication to countless projects and events here in Berks County.

Although a lot of his stage attire, and instruments were lost in the fire, Dave found a way to keep all of his previously booked performances during that time period surrounding the fire.   As the calendar flipped to a brand new year, Dave was gearing up. “We had a fire at the house which was quite the disruption, then the entire spring calendar was booked up touring as front man with the Alex Meixner Band. We were booked for California, Texas, Louisianna, Ohio, Florida, New York, New Jersey, and Pennsylvania.  Simultaneously, Dave Kline and the Mountainfolk Band were booked to play in Westport, Ireland at the Westport Bluegrass Festival. I was also booked from April thru October playing with the band or someone else.  In early March, that all came to a crashing halt…It was devastating artistically, as well as financially devastating.”

Not easily defeated, Dave responded, “I switched gears again, I refer to a quote I once heard,  “It’s the tree that can bend in the storm, is the one that survives in the storm”…I flex.  Now I am back to a wonderful place where I’m writing a whole lot of music, I can take all of the time to create live streams, Ukelele Theatre, and Busker Incognito.  I’ve come to the realization, when we had the fire, I never experienced anything in my life like the support and kindness from everyone.  I thought to myself, how can I pay this back?  Me trying to help everyone is part of my payback by creating characters and sing alongs.”

Dave’s daily posts and sing alongs provide an uplifting escape from the darkness of the pandemic during this quarantine.  The silver lining during this down time has afforded him more time to create music.  “The fortunate thing is that I have been spending time writing music, and writing music and collaborating with other musicians.  I have been recording music, and there are two cds in the works, church music, spiritual music, and uplifting stuff.” His thoughts on returning to normal “I love life and I have a 6th sense which allows me to connect with my audience.  Being out is important to my mental and spiritual well being, but right now I’m doing this through social media platforms…big concerts will be a totally different experience….This too shall pass.”

BCTV and Berks Weekly are working together to bring you the stories of our community during the COVID-19 pandemic. This media partnership is made possible in part by the support of Berks County Community Foundation.