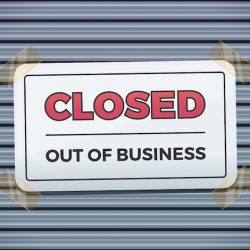 HARRISBURG, Pa. – The latest poll shows Pennsylvanians – regardless of their politics – support policies that will help working people and small businesses recover from the economic impact of the pandemic.

The Global Strategy Group sought out Pennsylvanians who don’t self-identify as either strong Democrats or strong Republicans, a group they call the “unheard middle.”

Marc Stier, director of the Pennsylvania Budget and Policy Center, says the results show overwhelming support for legislation to ensure workers get paid sick days, creation of a public health-insurance plan, and passage of a low-income tax credit.

“The numbers are really off the charts, and I think that shows that this moment has brought back to everyone that we’re all in this together,” says Stier. “And in times of crisis, people need help from the government to pull themselves through.”

He adds that 90% of respondents said they support immediate government help for small businesses, rather than corporations and large employers.

State Rep. Matthew Bradford, D-Montgomery County, says Pennsylvania has to include support for small businesses as they recover, even from the short-term impact of the pandemic.

“They’re the ones who have been disproportionately hurt by this pandemic,” says Bradford. “It’s the right thing to do and it’s about time we get about helping our small businesses that are going to create the jobs that are going to help this economy bounce back.”

He believes the $5 billion in federal stimulus money Pennsylvania has received should be allocated to align with the priorities expressed by that “unheard middle.”

The poll results indicate that Pennsylvanians want long-term solutions to address growing economic inequities, in the state and nation. Stier points out that 89% said it’s time to correct the system that has helped only those at the top for too long.

“There’s broad support for not just recovery,” says Stier, “but a rebirth of Pennsylvania’s economy in a way that includes everyone and provides opportunities for everyone, particularly everyone at the bottom and the middle.”