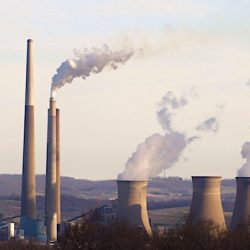 Pennsylvania’s ability to control some forms of air pollution may be at risk after the state’s House Environmental Resources and Energy Committee narrowly advanced a bill this week that opponents say would jeopardize efforts to reduce carbon emissions.

The official title of House Bill 2025 is the Pennsylvania Carbon Dioxide Cap and Trade Authorization Act.

But according to Robert Routh, an attorney with the Clean Air Council, the goal of the bill that advanced on Tuesday is to block Gov. Tom Wolf’s effort to have the state join the Regional Greenhouse Gas Initiative (RGGI) a successful, multi-state agreement that uses carbon cap and trade to reduce carbon emissions.

“It would not just prevent that action from going forward but it would strip DEP (Department of Environmental Protection) of its existing statutory authority to take any action to limit carbon dioxide emissions,” Routh states.

Sponsors of the bill say that as a major exporter of electric power and the third largest coal producing state, Pennsylvania’s economy would be harmed by limiting carbon emissions.

The bill also maintains DEP has no authority to levy a “tax” on carbon emissions, a reference to RGGI’s auctioning of pollution allowances to power plants as a way to limit annual carbon emissions.

But Routh calls that a mischaracterization of how allowances work.

“Purchasing an allowance is entirely voluntary,” he explains. “A power plant simply makes the business decision to either obtain an allowance or reduce its emissions, reduce air pollution.”

Routh adds that the pollution allowances retain value and can be traded or sold among power companies.

Pennsylvania is the third largest emitter of greenhouse gases in the country and ranks fifth in carbon emissions from the power sector.

Routh notes that joining RGGI would reduce the state’s emissions by 180 million tons by 2030.

“And a similar cumulative decrease in emissions experienced by the states that have been participating in RGGI for the past decade shows that has resulted in about $5.4 billion in avoided health-related costs,” he points out.

Wolf says he will veto the bill if it reaches his desk.