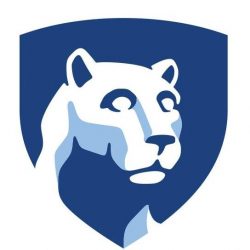 Penn State Berks students enrolled in the course “The Rhetoric of American Horror Films” encountered a new twist in this year’s syllabus. While in past semesters, students in CAS 415 would write an academic research paper analyzing the rhetoric of horror films, this spring students had the opportunity to submit creative projects, supported by research.

According to the course instructor, Dr. Michele Ramsey, associate professor of communication arts and sciences and women’s studies, the philosophy behind changing the parameters for students lies in the desire to let students bolster their creative and technological skills while still practicing the kinds of skill sets required of the traditional research paper in the humanities—the thorough location, evaluation, synthesis, and organization of research.

After researching the role of the humanities in modern and future high-tech, global economies for her recent book, Major Decisions: College, Career, and the Case for the Humanities (University of Pennsylvania Press, 2020), co-authored with another Berks faculty member, Dr. Laurie Grobman, Ramsey changed the final project to allow students to learn and perfect a myriad of skills via creative projects.

Ramsey explains that the project assignment also offered students the opportunity to impress future employers with their ability to turn research and arguments into creative formats designed to also entertain and encourage audience engagement. Students were able to strengthen skill sets that are at the top of employer “wish lists” for college graduates, including written communication, creativity and innovation, technological competence and technological literacy, and collaboration.

The Rhetoric of American Horror Films is a communication arts and sciences course that focuses on film as rhetorical messages that dramatize the ways in which people use language and images to tell stories and foster identification within and between citizens. Students consider the role of social, political, and economic context in the production of films and the stories they tell, including the characters they construct.

Three projects from this semester’s course provide excellent examples of students’ abilities to merge excellence in research with excellence in other highly desired skill sets.

In the first example, three students created a short film addressing COVID-19 as part of their final project. Planned before the college’s move to online teaching and learning,  Cameron Rice, communications arts and sciences major; Kevin Clements, business major; and Ife Ogunyinkas, a global studies major, had already worked together to conceptualize, write, and create their film. The move to online teaching in response to COVID-19 not only meant that they had to now work remotely, it also meant that their story and concept had to change. And what better context to address than the real-life horror of a worldwide pandemic?

The film, titled Flat, focuses on a survivor of COVID-19 who is haunted via social media during the pandemic. The students used the concept of horror verité to reflect the “real life horror” of COVID-19. They also employed invasion narratives from 1950s films that reflected concerns linked to the atomic bomb and the Red Scare. Some additional concepts used came from class discussions of dystopian horror in the movie The Purge and camera angles in 1980s slasher films. The students added social media as an important part of today’s cultural context, especially as people “shelter in place” and rely on these platforms for connection and information. To view the film, click here.

A second project used satire to comment on how cultural contexts impact stories on the screen. Creating new versions of horror film posters and supplemented by a paper linking his creations to research in the field, communication arts and sciences major Neil Rawlings re-worked classic horror posters using concepts from the course. In one instance, he applied Carol Clover’s notion of the “final girl” from 1980s slasher films to the film Alien to point to different ways of thinking about the “final girl” and feminism. Working with Ramsey on the concept, he also recognized that many may read his “final girl” as the alien that kills everyone but Ripley in the film, which completely redefines the “final girl” from human to non-human. In a second example, Rawlings focused on the cultural context of post-racism to identify the ways in which the film Get Out critiques the idea that the United States exists in a post-racist state.

A final example comes from writing and digital media major Sabrina Bottomstone, who used research on haunted houses and found footage films to create a podcast centered on a creative writing project in horror called “Heartbeat.” Bottomstone focused the narrative on the cultural contexts of constant surveillance, concerns of younger generations about the ability to pay for a home in the future, and domestic abuse to craft a story of a woman’s new home and the terrors that home ownership brought to her life. You can hear the podcast here.

As Ramsey explains, human beings are storytellers, and those stories are told from each individual’s cultural and ideological biases. She argues that consumers of media must be especially critical of what they encounter in any media that entertains them because the ideologies embedded in popular culture are most powerful when they are packaged as “entertainment” since in these spaces they are least visible. Learning the role of storytelling in society and the role of rhetoric in the stories “we tell” is another powerful and important skill learned by students in the course.

Researching her book, Ramsey found that much popular and academic research on leadership now regularly points to storytelling as a key skill for excellent leaders who are not just leaders because of a title, but who are leaders because they can tell stories that make people want to follow them.