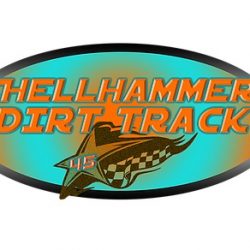 The 45th season of racing at Shellhammer Dirt Track under the direction of the Cordier Family will be have at least one positive sign moving forward.

Track general manager Brenda Cordier has announced that the pit areas for their Saturday Heat and Wingless Wednesday racing programs have hit capacity with all classes racing on those nights comprising some of the highest car counts ever seen in Shellhammer’s history.

Among those saving a pit space and taking on the stars of the wingless 600 micros will be “Liquid” Lou Cicconi.who had a competitive 2019 season at Shellhammer’s finishing second in points.

The COVID19 lock down has seen a delay of over two months, but Dave Cordier,Jr. will be extending the racing season from their middle of September closing to at least the middle of October,giving race teams a chance to make up for the lost laps on the high banked 1/8th mile clsy oval.

Dave Cordier,Jr and his track prep staff take pride in being recognized as having one of the smoothest,tackiest racing surfaces for any race track in the northeast.The addition of new clay that has been sifted for stone removal has held up well during their recent paid practice dates.

Payouts for the Wingless Wednesday classes,those being the 600 micros,270 micros,125 micros,All Star Slingshots,Junior Slingshots and Stage 1 Modifieds will be increased.The Saturday racing program has added the micro-stock class which has seen major growth in the last few seasons with their racing based around the Snydersville Raceway and Mahoning Valley Speedway.

Track photographer Dean Patton will be rewarding a feature winner at the end of the season awards banquet by giving the victory lane banner to a race winner during the 2020 season.All feature winners will sign the banner and a drawing will be held at the banquet with the name being drawn taking this banner home as a memory keepsake.

The $8.00 admission price will be continued in 2020 for both nights of racing.Children under 12 are free,

Wingless Wednesday will have their season opener on June 17th with track gates opening a half hour earlier for the opener at 4PM.