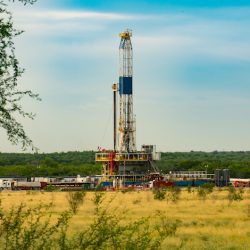 HARRISBURG, Pa. –June 24th,2020  was the second day of virtual public hearings on the Department of Environmental Protection’s draft rule for controlling emissions from oil and natural-gas facilities.

Current emission rules only apply to new or modified facilities. The new rule would control emissions of methane and volatile organic compounds from existing oil and gas infrastructure. The Trump administration has been rolling back federal clean-air regulations on the fossil-fuel industry, including methane-emission rules.

Patrice Tomcik, project manager of state campaigns for the group Moms Clean Air Force, said that leaves it up to the states to take the lead in controlling those pollutants.

The final virtual public hearing begins at 6 p.m. Thursday. Written comments also can be submitted to DEP through July 27.

Tomcik noted that the importance of the new rule is illustrated by a recent report from the Environmental Defense Fund, which showed that methane pollution in the state is far worse than the oil and gas industry acknowledges.

“Pennsylvania’s oil and gas methane emissions are 16 times higher than what industry reported to the state,” she said, “and that is a whopping 1.1 million tons of methane pollution per year.”

She said the climate impact of that methane is double the impact of all tailpipe emissions per year in the state.

Tomcik said she would like to see the DEP make the rule even stronger. She pointed out that, as written, it would allow less frequent testing at some sites, and would not apply to low-producing wells that are the source of half of the state’s methane emissions.

“If we have a strong, comprehensive methane rule that includes these low-producing wells and frequent inspections for all leaks over the oil-and-gas

operations throughout the state,” she said, “we can reduce methane pollution by up to 60%.”

Clean-air advocacy groups say stopping methane leaks would cost the industry very little because the methane they capture is the product they sell.

The proposed rule is online at pacodeandbulletin.gov, and the methane emission report is at edf.org.