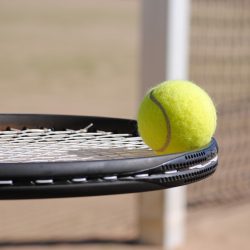 Berks County Tennis Association’s President Ryan Knarr has announced that a Women’s Event has been added to not only the Summer in the City Comeback Classic event this week (June 29-July 2) in addition to the men, but ALSO a “Queen of Clay” Series Final will be added for the Women along with the Men’s King of Clay Series Final Event. Final information for the “Queen of Clay” and “King of Clay” Final events be announced in the coming days. The women’s events include high school players and will thus not be allowed to award prize money.

The Women’s and Men’s Summer in the City Comeback Classic event will have a field of 8 women’s players (playing Tuesday and Wednesday night) along with the Men’s field of 12 players which will play (Monday, Tuesday and Wednesday Nights.) The Final group play and Championship matches will be held Thursday, July 2nd at Hampden Park in Reading.

Summer in the City

Andre Fick the champion of the Comeback Classic and Clay Court Classic and 2x Finalist Kaushik Das highlight the men’s field going into the FINAL points series event with the top 8 going to the King of the Clay Court Final event.

About the Comeback Classic

Continuing as the first LIVE sporting event back in PA and the Northeast since COVID-19, the Comeback series will include 3 additional Men’s Singles Prize Money events and 2 Women’s events. All the action from each series will be streamed LIVE on the Small Player Big Play app with the live commentary from BCTA President & Invitational Series Director Ryan Knarr and co-host Don Hutchison