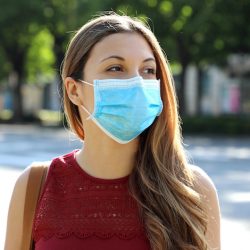 HARRISBURG, Pa. – Despite political opposition, Gov. Tom Wolf’s novel coronavirus disaster declaration is still in effect, and one economist argues it might be the fastest way to get the state economy going again.

The state Supreme Court ruled the General Assembly cannot force the governor to allow businesses to reopen by passing a resolution. Legislators say the lockdown is costing businesses too much money and too many people have lost jobs.

But Marc Stier, director of the Pennsylvania Budget and Policy Center, says the easiest way to see the benefit of stay-at-home orders and business closures is to watch what’s happening in states that reopened too early.

“In the South and Southwest, COVID-19 cases are rising rapidly,” says Stier. “And while deaths haven’t risen yet, we always know that they’re about two weeks away.”

He says a recent study shows the shutdown has prevented 2.4 million COVID-19 cases and 131,000 additional deaths in the Commonwealth.

On Wednesday, with new cases rising again in Pennsylvania, Gov. Wolf made wearing masks in public mandatory. While some claim that violates their civil rights, Stier notes that wearing masks has helped other countries get the pandemic under control.

“We all have to play our part to make sure the virus doesn’t spread,” says Stier. “And if we do that, we can get businesses open, get the economy moving again faster.”

While many other countries have substantially reduced new novel coronavirus infections, the United States set a new record high on Wednesday, with almost 53,000 new cases reported.

Steir believes to help the economy recover, lawmakers should be taking proactive steps now, like raising the minimum wage and giving aid to small businesses that employ workers.

“We need to invest in the economy,” says Stier. “It’s just not going to come back all by itself. We’re facing years of economic devastation if we don’t have active government helping create a restored economy for all of us.

He adds that the virus itself is hurting the economy – and without measures to control its spread, the impact on business, jobs and the economy would be much worse.