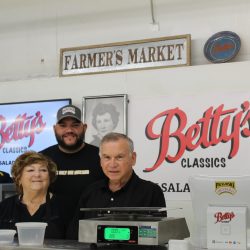 The recipes that had been in the family for five generations and prepared and sold for nearly a century had been retired, packed into a briefcase in the home of John and Joline Marcinko of Brecknock Township.

“We tried to sell the recipes after Van Bennett (Food Company) closed, but we couldn’t,” explained Joline. “So, we just put them away.”

Affected by the great recession and other factors, Van Bennett, located on Carroll Street in Reading, closed in January 2015 after nearly a century of operations that included the production and sale of the popular Betty’s Salads. Weary of the food business, family members found other vocations and thought they had moved on. That was not to be.

“I couldn’t get away from it,” said Mike Marcinko, John and Joline’s son who had served as general manager and head of purchasing at Van Bennett. “I was getting emails all the time and people were asking me if the salads were coming back and what was going to happen.”

After working for several years in another industry, Mike was feeling pulled back toward the food business. He had already purchased the manufacturing and distribution rights of Pilsudski mustard, previously owned by Van Bennett, and, having worked there for many years he was overly familiar with the salads line.

“I knew if I was ever going to start making the salads again, they would have to taste exactly the same or people wouldn’t be happy,” he said. “Fortunately, I knew exactly what brand of every ingredient each of them includes.”

“I grew up in Shillington and going to the Shillington Farmer’s Market,” Mike said. “It seemed like a good fit, so I came in to see what was going on. I was the first person to sign a lease under Hamid’s ownership.”

Soon, Mike was working on scaling back the salad recipes to prepare 50 pounds at a time rather than 500, as had been the practice at Van Bennett.

“Learning to make them small batch was the hardest thing,” he recalled. “I spent a lot of time messing with the recipes to get it right.”

But, got it right he did, and customers flocked to his stand when it opened in November 2018, many clamoring for the ever-popular Betty’s Potato Filling.

“We sold 600 pounds of potato filling in our first holiday season,” Mike said. “Last year we doubled that.”

The business, Pilsudski LLC, but billed at the farmer’s market as Pilsudski Mustard & Betty’s Classic Deli Salads, is far ahead of what Mike had expected.

“We achieved our five-year business plan in two years, and now, after two and half years we’re at year eight,” he said.

Mike attributes his success to various factors, including the popularity of salads that keeps regular customers coming back. He’s added newly popular items such as Pilsudski pickles and Bloody Mary mix, and at holidays offers specialty items like kielbasa and pierogis.

In addition to the original Pilsudski mustard, a Polish-style brown mustard that contains horseradish, Mike owns the recipes for six additional flavors, including bacon jalapeno, sweet-hot, dill and wasabi. 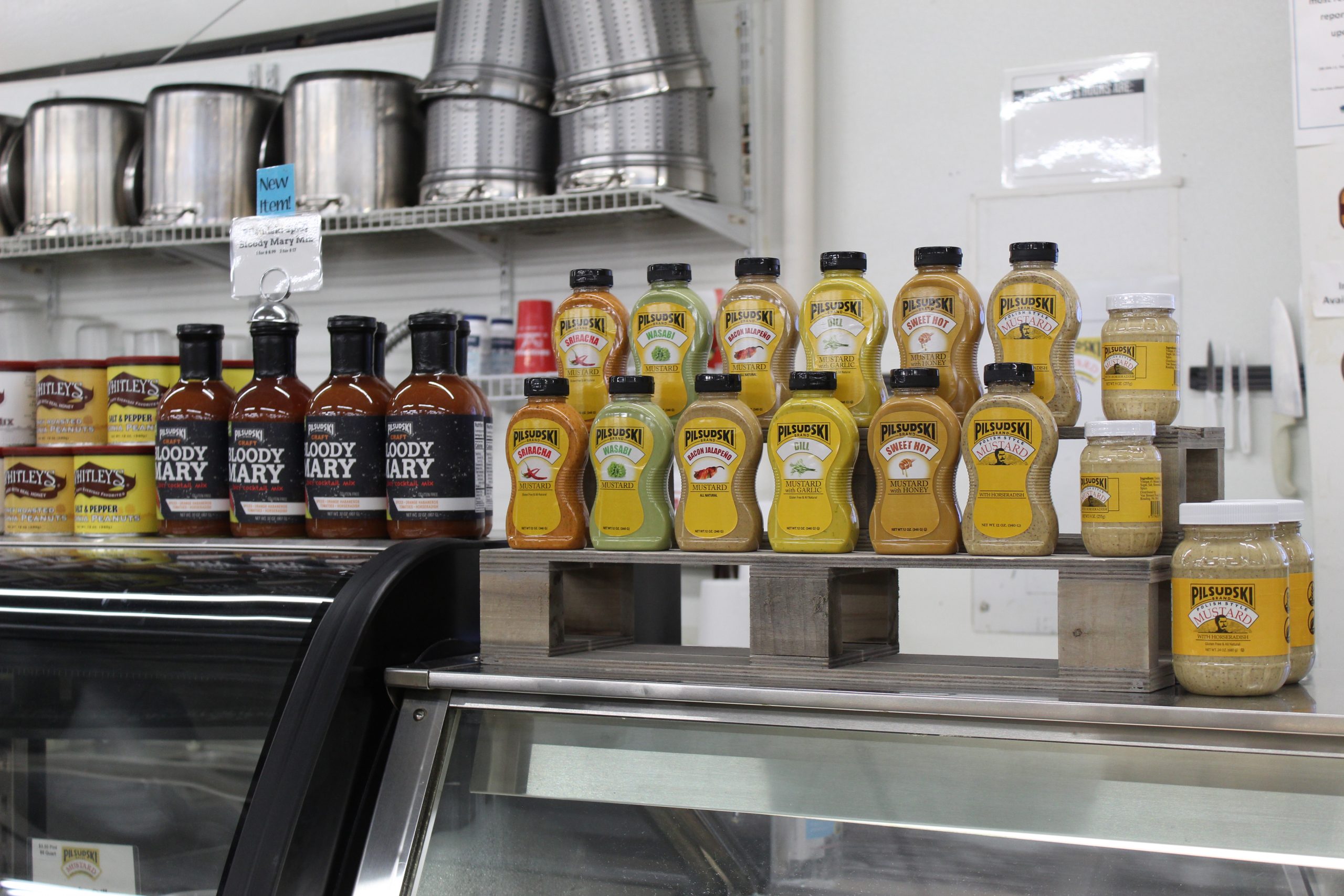 As the market stand became busier, John and Joline stepped up to help, continuing the long tradition of family working together.

“It’s back in the family, and that’s a good thing,” said Joline, whose grandparents, Betty and Van Bennett, started the business. “What I love most about being in the market is that people come in and they have stories about buying salads from my parents or knowing someone who got them from my grandparents. That really means a lot.”

“They tell us they’re so glad we’re back,” John said.

To date, five generations stemming from Betty and Van Bennett have worked in the family business. Joline’s parents, Dorothy and Joe Emmitt, ran it for a time, and her brother, Patrick Emmitt, was involved for many years. Mike’s sister, Chanin Marcinko Kwiatkowski, also was an employee, and now Chanin’s daughter, Maya, 16, helps out.

“I think it’s important to keep the business going,” Mike said. “And I like that we’re here, just a mile from where it all started on Carroll Street.”

Sometimes, he said, he feels the salads business has come full circle. 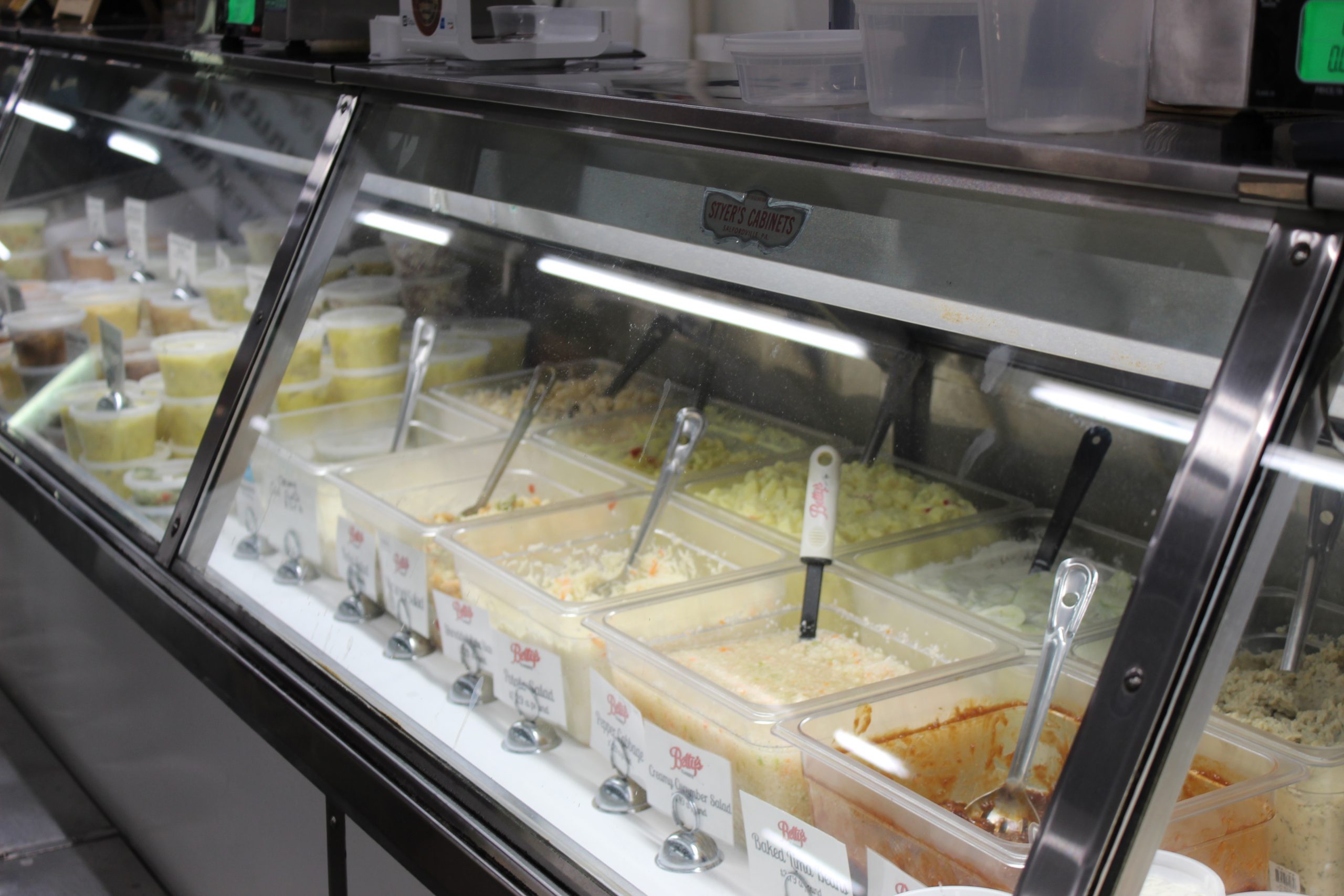 “We’re back to doing things the way Betty started it all,” Mike said. “Making small batches of potato filling, macaroni salad, potato salad and all the others.”

While down the road he may look to expand to a second location and add more specialty products, Mike for now is content.

“I do a lot of food shows with the mustard and we have online commerce, so it’s keeping us all busy,” he said. “I’d like to get a second location someday, but for now, things are working out just fine.”

It could be that Betty is smiling down from heaven, knowing that her nearly lost recipes are being used and appreciated once again.