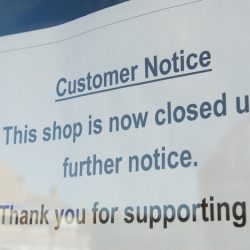 HARRISBURG, Penn. — As Pennsylvania reopens in the wake of the COVID-19 pandemic, some state lawmakers are calling for action to ensure the economic recovery doesn’t leave anyone behind.

The pandemic has caused an unprecedented disruption to the economy and threatened the welfare of everyone in the state. According to state Sen. Steve Santarsiero, D-Lower Makefield (Bucks County), it is incumbent upon state legislators to pass measures that will create what he called a “just recovery” that helps everyone thrive.

To the House Democratic Caucus, key elements of a just recovery include raising the minimum wage, instituting paid family leave, protecting health-care coverage for all and investing in education.

Housing is another critical concern. Santarsiero notes that many people still are out of work, but the state’s moratorium on foreclosures and evictions is set to expire on Fri., July 10.

“We should be asking the governor to extend the stay on foreclosures and evictions to at least the end of the summer,” he insisted, “because we need to give people time to get back on their feet before they potentially face losing their homes or their apartments.”

The House Democratic Caucus also wants the state to require every county and city to create and implement an affordable housing plan.

But Santarsiero cautioned that partisan divides in the General Assembly could block legislation. He said that ensuring an equitable recovery from the pandemic will take the active participation of all Pennsylvanians.

“We really do need people throughout the state to make their voices heard, and we need them to make it clear that this is what they want,” he stated. “If that were to happen on a large scale, perhaps we’d start to see some movement.”

In short, he said, for the recovery from the pandemic to work for Pennsylvania’s economy, it needs to work for the state’s working families.