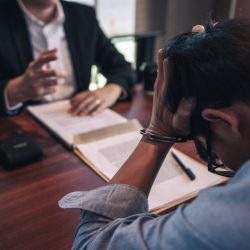 One of every 34 adults in the Keystone State is under community supervision, the third highest rate in the country.

The original version of Senate Bill 14 was praised as significant and long overdue reform.

But according to Elizabeth Randol, legislative director of the American Civil Liberties Union of Pennsylvania, while the bill that passed unanimously in the state Senate last week contained a few improvements, it eliminated all of the major reforms contained in the earlier version.

“It leaves in place some of the worst elements that are at the root of the problem and sets up an entirely unnecessary and convoluted process to deal with trying to get people off of probation early,” she states.

The ACLU and other advocacy groups have dropped their support for the Senate bill. That revised version of the bill is still pending in the House.

Other states and the federal government put limits on probation. The national average is three years.

Randol points out that in Pennsylvania there is no cap and judges can add years for each individual offense, costing the state and counties millions of dollars every year.

“It seems absurd that Pennsylvania would continue to waste money on keeping people under criminal supervision for years if not, in some cases, decades,” she states.

Randol notes that the added expense is particularly burdensome in light of the economic impact of the COVID-19 pandemic on state and county budgets.

Randol says the ACLU is now urging the House to vote “no” on SB 14.

“I think we can come back to the drawing board and agree on some important elements of probation reform,” she states. “But I think this not only doesn’t make the corrections that we were hoping for but in fact in some cases make the probation system worse.”

Randol would like to see the General Assembly take up a more effective and meaningful reform bill in the legislative session that begins next January.