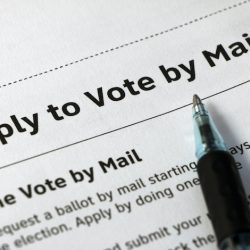 HARRISBURG, Pa. — Just in time for the 30th anniversary of the Americans with Disabilities Act, a bill has been introduced in Congress to expand voting rights for people with disabilities and older Americans.

Some 18 million Americans 65 and older need some assistance with daily living, one of every four American adults has a disability, and both are especially vulnerable to COVID-19.

But a 2016 study found that only 17% of polling places nationwide were fully accessible.

Sonia Gill, senior legislative counsel with the American Civil Liberties Union, says the Accessible Voting Act would help ensure that every eligible voter has access to the ballot and can vote safely.

“People are quite literally having to choose between their ability to vote and protect their health,” Gill states. “And we need to make sure that voters don’t have to face that choice.”

The bill would establish an Office of Accessibility in the Election Assistance Commission and provide grants to help states improve voting access, including absentee ballots.

Gill notes that Scanlon was involved extensively in voter protection efforts before she was elected to Congress.

“We know there is a deep commitment and investment from the sponsors of this bill,” Gill states. “We also know that House Democrats have made voting rights a priority and voters with disabilities are top of mind.”

The House bill is the companion to a bill introduced in the Senate earlier this year by Sens. Bob Casey of Pennsylvania and Amy Klobuchar of Minnesota.

So far, the Senate bill has stalled in committee, but Gill is confident that it will eventually go to the floor for a vote and pass.

“It may be challenging to get a legislative hearing, but I absolutely believe that this bill will be enacted, if not this Congress in a future Congress,” she states.

The ACLU is urging members of Congress to sign on as co-sponsors of the Accessible Voting Act.

Support for this reporting was provided by the Carnegie Corporation of New York.