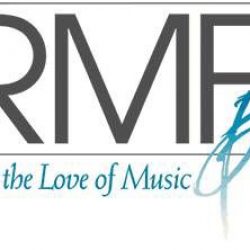 The Reading Musical Foundation (RMF) has been supporting local musicians since 1926, providing dozens of scholarships every year to deserving students to help with lessons, college costs, fees for summer camps and other purposes. There’s no way it was going to let a pandemic stop that.

When in-person scholarship auditions, scheduled to be held in March at Albright College, got cancelled, foundation staff went back to the drawing board.

“We had 248 auditions scheduled for the weekend of March 14 and 15,” explained Keri M. Shultz, RMF president, “and then the school districts shut down.”

Anxious about keeping everyone safe, in-person auditions were cancelled.

“There’s concern there could be aerosol spread through instruments, and there was no safe way to sing,” Shultz said. “We had to follow the protocol of the schools and cancel.”

But, with the end of its fiscal year looming and college-age students waiting to see what scholarships they might be getting for the fall, staff members desperately looked for another way to hold auditions and award the scholarships.

“We knew right away that we had to get the college money in place,” Shultz said. “We couldn’t leave those students hanging.”

And so, they decided to follow the route that so many others have taken this year and set up online auditions.

“We knew it could be done online, and we couldn’t think of any other way to do it,” Shultz said.

RFM hired Acceptd, an application and audition platform that allows for registration, video submissions and uploads for music, to handle the process. Students were notified of the change to online and urged to sign up. Between June 15 and 21, 211 students submitted auditions through Acceptd.

“We had 248 auditions scheduled for that weekend in March, and we ended up with 211, so we were happy about that,” Shultz said. “Only 31 students decided not to audition.”

Nathan and Brandon Tam, brothers from Bern Township, were among those who auditioned virtually. Nathan, who will be starting eleventh grade as a homeschooled student, received the Bruce Bengtson Keyboard & Organ Scholarship, second place. His brother was awarded the Robert Kreitz-Mark Hornberger Piano Scholarship, first place. 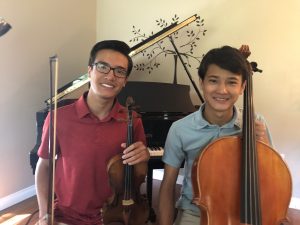 Nathan, left, and Brandon Tam in their Bern Township home

Nathan, who has played the piano for 11 years, the violin for six years and the viola for three years, said that while there were some challenges with auditioning online, there also were benefits.

“In some ways it was more difficult,” Nathan said. “When recording a video audition the standard for performance is much higher, as everyone has the ability to re-record until they are pleased with their results. And overcoming some technical aspects was also a challenge. But the ability to re-record was nice, and I enjoyed auditioning on my own piano.”

Brandon, who also is homeschooled and will be starting eighth grade, shared that he needed to get additional equipment to improve his sound quality, and said the sound was a bit difficult to control. Still, he was grateful for the opportunity to be able to audition.

“I was glad that RFM went through all the trouble to arrange the auditions online,” said Brandon, who has been playing the piano for eight years and the cello for three. “I’d like to say ‘thank you’ for that.”

After all was said and done, RMF had awarded 145 scholarship totaling $46,700. A complete listing of 2020 scholarship recipients can be found at https://readingmusicalfoundation.org/index.php/home/winners/.

“It wasn’t an ideal situation, that’s for sure,” Shultz said. “But it’s great to see these students get the recognition they deserve. They all work very hard.”