By PA Department of Health 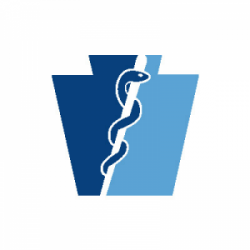 You May Also Like
Facebook Twitter Pinterest Email
Share
Harrisburg, PA – Pennsylvania Health Secretary Dr. Rachel Levine released preliminary 2019 drug-related overdose death data estimates. The data showed a preliminary death decrease of more than one percent across the state when compared to 2018, with 4,348 deaths in Pennsylvania. This represents a decrease of more than 19 percent since 2017, when the Opioid Command Center was established. More than 80 percent of the drug-related overdose deaths were opioid-related. Final numbers will be released in the coming months.
“The preliminary data shows that drug-related overdose deaths decreased slightly in Pennsylvania in 2019,” Dr. Levine said. “Amid a national pandemic, we must continue to realize that the opioid crisis has not gone away. Anyone with a substance use issue should contact Pennsylvania’s Get Help Now Hotline at 1-800-662-HELP.”
“During our tenure, the Wolf Administration has worked to strengthen our entire drug and alcohol system to support people suffering with substance use disorder by distributing millions of dollars of federal funding to county and local entities, made naloxone widely available to all Pennsylvanians, and increased access to medication assisted treatment throughout the commonwealth,” said Department of Drug and Alcohol Programs Secretary Jen Smith. “However, our work is not done. As we battle an epidemic in the midst of pandemic it is important for people to know that drug and alcohol treatment providers are still operating, and help is available.”
Preliminary data, reported to the state by Pennsylvania coroner’s, released in today’s report by the department shows that there was a 1.7 percent decrease in the number of drug-related overdose deaths from 2018 to 2019. However, there are still 62 death records for 2019 where the county coroner or medical examiner has reported neither the cause of death nor toxicology information to the department. As these cases are amended with the cause of death, it may increase the number of drug-related overdose deaths in 2019.
“We know that the opioid crisis is one that has affected everyone across demographics; it doesn’t matter their location, socioeconomic class, gender, race or ethnicity,” said Ray Barishansky, Deputy Secretary of Health Preparedness and Community Protection and Incident Commander for the Opioid Crisis. “The Opioid Command Center remains focused on our work to assist those who are on the frontlines addressing this crisis. We know that the effects of COVID-19 have seen renewed opioid concerns in many parts of the state, and we are working to address those needs.”
The report also includes EMS naloxone administration data by month, showing that August was the month with the highest rate of naloxone administrations by EMS per 10,000 population. August also saw the highest rate of emergency department visits per 10,000 population. August and December saw the most opioid-related overdose deaths per 10,000 population.
The Opioid Command Center, established in January 2018 when Gov. Wolf signed the first opioid disaster declaration, continues to meet each week to discuss the opioid crisis. The command center is staffed by personnel from 17 state agencies, spearheaded by the departments of Health and Drug and Alcohol Programs.
Earlier this month, the Opioid Command Center released its strategic plan, highlighting accomplishments to date and providing a roadmap for the continued work to help those with substance use disorder. The plan, available here, includes five goal areas: prevention, rescue, treatment, recovery and sustainability.
Work to address the opioid crisis focuses on three areas: prevention, rescue and treatment. Efforts over the past several years, working with state agencies, local, regional and federal officials, have resulted in significant action to address the opioid crisis:
More information on the opioid crisis can be found on the Department of Health’s website at health.pa.gov