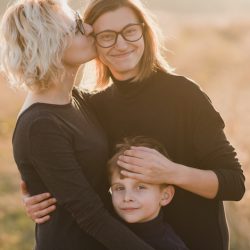 PHILADELPHIA — Creating a religious exemption to anti-discrimination laws could have far-reaching, negative effects – that’s the conclusion of a new report on a case soon to be heard by the U.S. Supreme Court.

The City of Philadelphia refused to renew its contract with Catholic Social Services, a child-welfare agency. It said the agency’s policy of refusing to license same-sex couples as foster parents on religious grounds violates the city’s nondiscrimination law.

CSS sued, saying denying a contract violates its rights to free exercise of religion and free speech. But Naomi Goldberg, policy and research director at the Movement Advancement Project, said creating a religious exemption for CSS could open the door to similar claims for a wide variety of services.

“The most broad way in which the court could rule,” said Goldberg, “could essentially create a constitutional right to discriminate for individuals, for businesses and for taxpayer-funded entities.”

Lower federal courts have ruled the city’s policy is neutral and doesn’t target CSS or its religious beliefs. The case has been scheduled for Supreme Court arguments on Nov. 4.

The report also said foster children could be harmed by creating a religious exemption for discrimination. Goldberg pointed out there are many lesbian, gay, bisexual and transgender children who need foster care.

“What we could end up with are agencies that receive taxpayer funding to care for kids in state care who might force children to undergo things like conversion therapy,” said Goldberg, “or refuse to recognize their sexual orientation or gender identity.”

She added there is a shortage of foster families and said refusing to place children with qualified couples or individuals for religious reasons alone makes that shortage worse.

Goldberg noted that any entity receiving public funds is expected to live up to the terms of its contract.

“Considering all qualified families without regard to their religion or sexual orientation is a contract term that’s really important,” said Goldberg. “It speaks to the welfare of children.”

She said creating a religious exemption in government contracts would make it nearly impossible for state or local governments to set standards for provision of services.