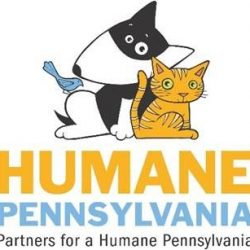 In January of 2017, a man brought a small cat in a laundry hamper into our shelter. He said he found her on the side of the road. She was near death: pale, sick, severely emaciated, and she couldn’t walk or stand. She also had the worst ear infection I had ever seen. 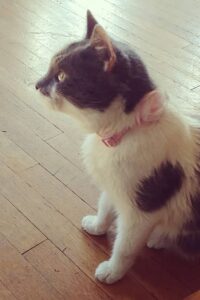 After a thorough exam, our medical team was uncertain if she was going to survive. Regardless, we had hope. She was put on a strong regiment of antibiotics, and I opted to bring her home into foster care with me. I named her Weeble after those toy commercials back in the 90s, “Weebles wobble but they don’t fall down.”

For the first few weeks, Weeble’s care was almost around the clock. She needed medications, regular cleanings for her ear infection, and general help getting around. But through it all, she was a trooper who purred constantly and was always down for a cuddle and a head bonk. She had won me over, pretty quickly to be honest, and I promised her that if she made it through this, I would adopt her.

Then, almost a month into her stay with me, came the scariest night. I noticed something wasn’t right— she was very lethargic and just not herself. I took her temperature and my heart sank when the thermometer read 105—I ended up taking it three times in case I was wrong. To be honest, I wasn’t sure if she would make it through the night. But I stayed up with her; I had the window open in the room she was staying in with a fan on (in the middle of February) and covered her in bags of frozen peas to try and get her temperature down.

Thankfully, Weeble made it through the night. That morning, I took her to the shelter to see what we could do and get her on the path back to recovery. I will be forever grateful to my coworkers that day—she was very touch and go and her fever kept spiking, but they got her through it. A couple days and a tearful reunion later, Weeble was back at my house.

Over the next few weeks, Weeble seemed to be feeling better, so I started to introduce her to my crew at home. She and Henry (my blind cat) became inseparable and could often be found curled up in his favorite igloo bed together (while Henry groomed her). It was during this time she was well enough to be spayed, and during surgery, our vets found a large polyp that they removed and a cleft palate that they fixed. After she healed from surgery, Weeble started to play and play hard—and almost two months to the day when she was brought in was the first time she did stairs, this also happened to be the day I adopted her.

Then, Weeble very suddenly took a turn for the worse. She again became very lethargic and had an extremely high fever. We had taken her to the veterinary hospital the day before, but this time it would be different. Although her fever broke, this illness was one too many. I stayed up with her all night again, and at 4:55am in the morning, Weeble passed away.

This is not the end of Weeble’s story. She still lives on in our hearts. I even got a tattoo memorializing her, and I think of her almost every day. She taught me determination—like when I saw her play so hard she would pant and when she did steps for the first time; she fell down but got right back up and did them again. She taught me courage—for a cat that was found on the side of the road, she had to go through a lot of medications and ear cleanings multiple times a day all while she purred and made biscuits. And she taught me how to simply be happy—because I think, at the end of the day, for those good few weeks, that’s what she was… simply happy.

It’s been two years since Weeble has passed, and I wouldn’t trade the two short months I had with her for anything. I know firsthand how hard it can be to adopt those hard luck cases, but it’s always worth it… especially when you realize that you’re giving them a real chance at happiness. While you may not have them for long, for these animals, it’s all the time in the world. The rewards and the lessons they teach us outweigh the sadness they leave when they cross the bridge.