By The Pennsylvania Economy League 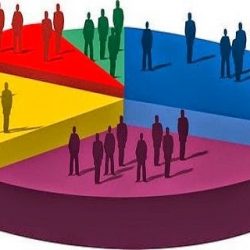 The 2020 U.S. Census could wrap up as soon as the end of September or as late as the end of October depending on the outcome of a Sept. 17 court hearing.

Currently, Pennsylvania has a total enumeration of 90.3 percent compared to the national average of 87.6 percent. But more can be done by increasing the self-response rate in your community.

How does your community rate? Click here to find out!

Why Is This Important?

The census determines how billions of federal dollars are distributed nationally to fund hospitals, fire departments, schools, roads and infrastructure, libraries and more.

PA loses $2,093 annually in federal funds for each person not counted.

The census determines the number of seats each state has in the U.S. House of Representatives.

PA could lose one to two seats from an incomplete count, reducing the state’s impact on federal decisions.

The work of the Pennsylvania Economy League ranges from practical support for municipalities and school districts to independent public policy research on issues impacting state and local government.