The action comes in response to an investigation by Spotlight PA and The Appeal that found a pattern of illegal searches. 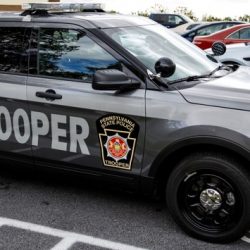 HARRISBURG — The Office of the Inspector General is conducting a review of whether Pennsylvania State Police troopers are following the law when initiating traffic stops and then searching vehicles, following a request from Gov. Tom Wolf.

The review comes in response to an investigation published Monday by Spotlight PA and The Appeal, which found that troopers looking for drugs along one of the state’s major highway corridors often use minor traffic stops and shoddy affidavits to hold and search people illegally.

In many cases, the resulting charges, if any, are eventually dismissed or challenged in court.

“The Office of State Inspector General is reviewing the available information to ensure that protocols were followed and training is appropriate regarding these traffic stops,” said Jonathan Hendrickson, a spokesperson for the office. “The work of this review is well within the agency’s mission.”

Defense and civil rights attorneys and educators compare the searches to a version of highway stop-and-frisk, in which troopers pull over as many people as possible for small traffic violations in order to find drugs in some instances, thus justifying all of the stops. By casting a wide net, however, certain people may be disproportionately targeted despite having done nothing wrong.

“During stops, actions should never be taken outside of those protocols taught in training and reports should be completed using the proper protocols,” said Lyndsay Kensinger, a spokesperson for the governor’s office. “We are asking the Inspector General to conduct an independent review to be sure protocols were followed and training is appropriate regarding these types of stops.”

Records from Cumberland, Dauphin, and Franklin Counties reviewed by Spotlight PA and The Appeal showed that troopers would often use vague or boilerplate language to justify searching people’s vehicles, a violation of their training. Because officers could not prove probable cause, many cases were later tossed out by a judge or challenged by defendants as illegal. Almost a third of the cases reviewed were sealed, indicating they were dismissed, while another third are currently being contested in court.

State police officials said in a statement that they welcomed the inspector general’s review, saying the department sees “it as an opportunity to demonstrate our continued progress in these areas of concern to the citizenry we serve.”

More than half of the cases reviewed involved charges against a Black person, despite Black people accounting for only about 10% of the three counties’ population.

In a prior interview, a state police official said that there are already managers in place that review affidavits and help identify when records are not being properly written by troopers, which could result in more training or possibly administrative punishment.

“The four corners of the affidavit is what establishes probable cause. We shouldn’t be seeing boilerplate language,” Lt. Col. Scott Price, deputy commissioner of operations, said in a previous interview. “We have to rely on our front-line supervisors to make sure these affidavits are legally adequate. If you’re seeing boilerplate language, that’s not appropriate. We expect to see some common language.”

Last year, a Spotlight PA investigation found that Pennsylvania State Police had quietly stopped tracking the race of drivers who get pulled over during traffic stops, making it nearly impossible to analyze trends and detect potential racial bias by individual troopers or overall.

A follow-up report found the state police had been warned about possible racial bias in car searches, just before they ended the research.

In response to the reporting, the state police reversed course and have resumed collecting the data. They are working with the University of Cincinnati on analysis and expect the first report to be released next year.

In an interview Wednesday on public radio station WESA’s morning show “The Confluence,” David Harris, a professor at the University of Pittsburgh specializing in police training, said that without having a full picture of who is being pulled over it causes public distrust in the police.

“Without the data we are in a stalemate of suspicion, perhaps, and that’s not good,” he said. “It is not sufficient to simply say, ‘We think we’re doing a great job, trust us.’”