Varying Degrees of Poverty, Thinking Beyond ‘Poor’ and ‘Not Poor’ 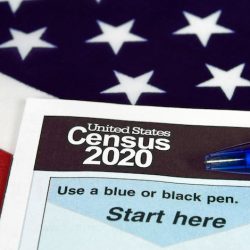 The concept of poverty is often interpreted as a state of being “poor” or “not poor.” However, identifying one population as “poor” and everyone else as “not poor” oversimplifies the economic circumstances individuals and families face over the year.

In September, the U.S. Census Bureau will report the poverty rate for the United States. In a single statistic, the government, service providers and the public will know what percentage of the population was living below the poverty line in the prior year. However, one way to get a more detailed understanding of how well individuals and families are able to meet their economic needs is by using a measure referred to as an income-to-poverty ratio. Unlike the poverty rate, which reports the proportion of the population living below the poverty level, income-to-poverty ratios gauge how close an individual’s or family’s income is to their poverty threshold.

The bottom line: When this report is released, it’s relevant to consider not just the proportion of people who are in poverty — but how people are distributed across various income-to-poverty ratios.