Senate committee to discuss a limited constitutional convention in PA 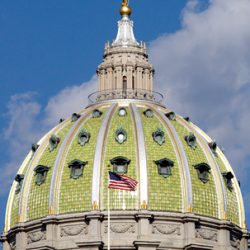 DALLASTOWN– At the request of Senator Kristin Phillips-Hill (R-York), the Senate Majority Policy Committee will discuss the prospects of a limited constitutional convention during an upcoming workshop event on September 18.

“Over the last several months, the people of Pennsylvania have grown increasingly frustrated with their government at all levels. Prior to the pandemic, I introduced a measure to give people the opportunity to address the many good-government reforms the legislature and governor have not been able to accomplish for decades. This public hearing is a much-needed starting point to address these systemic reforms,” Phillips-Hill said.

The last constitutional convention held in Pennsylvania was in 1967 in order to reform and modernize Pennsylvania’s judicial system. Proponents of another limited convention argue that more limits need to be placed on the state government. These limits include shrinking the size of the legislature, reforming the state budget process, and clarifying the checks and balances of the legislature, the Governor, and the courts.

“I look forward to the upcoming discussion on reforming state government,” said Majority Policy Chair Senator David G. Argall (R-Schuylkill/Berks). “This will be an important discussion.”

The workshop will take place on Friday, September 18 at 1:00 p.m. at the Dallastown Borough Administration Building, located at 175 East Broad Street, Dallastown, PA 17313.

More information can be found on the committee’s website at http://policy.pasenategop.com.