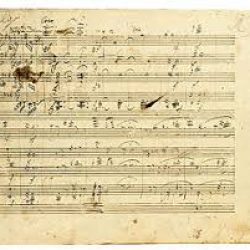 Berks Sinfonietta presents the second concert of our virtual season this Saturday, September 26 at 7:30 pm. The performance will be streamed on Facebook and YouTube. Readers can easily connect to the live broadcast by visiting www.berkssinfonietta.org.

This month’s repertoire features Beethoven’s “Grosse Fuge,” which was originally the final movement of his “Quartet in B-flat Major,” Op. 130. After its first performance, many in the audience felt it was the work of a mad man. Beethoven’s publisher asked him to write a new final movement, eventually publishing the ‘Grosse Fuge” separately. Decades later, the conductor Felix Weingartner arranged the work for string orchestra, believing an orchestra could more fully convey the music’s intense emotionalism.

In 2019 Berks Sinfonietta performed the local premiere of Florence Price’s first symphony, and continues its exploration of her incredible output with “Five Folksongs in Counterpoint,” for string quartet. The wind quintet will then play the local premiere of Ruth Crawford Seeger’s “Suite.” Seeger was an American modernist composer active primarily during the 1920s and 1930s and an American folk music specialist from the late 1930s until her death. You may know a few of her children (Mike and Peggy Seeger, Barbara, Penny, and older stepson Peter), many of whom became central to the American folk music revival. Sadly, they knew little of their mother’s former life as a beacon of American ultramodernism.

The concert closes with a performance of Latin American composer Astor Piazolla’s toe-tapping “Libertango.” Viewing is open to all, though Berks Sinfonietta asks for a donation equaling its usual ticket costs: $15/Adult and $5/Child. Join us for an evening of fabulous music, Saturday, September 26 at 7:30 pm. Streamed live on Facebook and YouTube – for more information, visit www.berkssinfonietta.org. 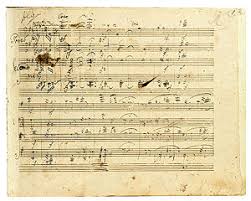