By PA Dept of Transportation (PennDOT) 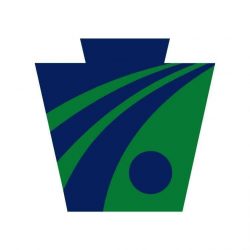 Harrisburg, PA – The Pennsylvania Department of Transportation (PennDOT) announced that its Automated Work Zone Speed Enforcement Program (AWZSE) program was named as one of the Top 12 projects nationwide in the America’s Transportation Awards competition. PennDOT administers the AWZSE program collaboratively with the Pennsylvania Turnpike Commission.

AWZSE works by deploying a mobile unit to an active work zone to detect any vehicles going at least 11 miles over the speed limit. When a vehicle goes over the limit, its license plate is captured, and a violation is mailed to the address on file.

“We continue to deal with the devastating injuries and loss of life that can occur when motorists speed through active work zones,” said PennDOT Secretary Yassmin Gramian. “We are honored that this program to keep our workers safe has been met with this important national recognition.”

Sponsored by the American Association of State Highway and Transportation Officials, (AASHTO), AAA, and the U.S. Chamber of Commerce, the competition evaluates projects in three categories: Quality of Life/Community Development; Best Use of Technology & Innovation; and Operations Excellence. AWZSE was nominated in the Operations Excellence Category, Small Project Group, and is competing for the national Grand Prize and the People’s Choice Award.

An independent panel of transportation industry experts will select the Grand Prize winner, while the general public will decide the People’s Choice Award winner through online voting. Online votes will be weighted to each state’s population, allowing for greater competition between states with larger and smaller populations. The winners will be announced at the virtual AASHTO Annual Meeting the week of November 9-13, 2020. Online voting began on September 8 and ends at 11:59 p.m. on October 25, 2020.

Votes can be cast online. Individuals can vote every day but can cast no more than one vote per day.

More info on the AWZSE program can be found at workzonecameras.PennDOT.gov.