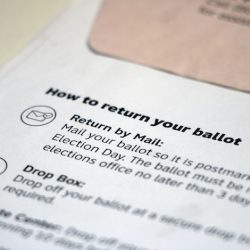 HARRISBURG, Penn. — Older voters in Pennsylvania from both parties say they are more likely to vote for a candidate who will protect Social Security, strengthen Medicare and lower drug costs.

The poll, conducted by AARP, found voters 50 and older in the Keystone State are almost evenly split over which presidential candidate they support, with Biden holding a significant lead among those 65 and older. But according to Joanne Grossi, Pennsylvania state president with the group, 87-90% see support for Social Security, Medicare and drug prices as core issues that will influence how they cast their ballots.

“Doesn’t matter your party affiliation, AARP members over 50 and older Pennsylvanians over 50 are telling us that candidates need to pay attention to these issues if they want their vote,” Grossi said.

She added that in 2018, people 50 and older made up almost 61% of all voters, so older voters could tip the scales in this year’s election.

Voting safely during the COVID pandemic is also a major concern. Grossi said 58% of older voters in the state do plan to vote in person, but voting from home is a viable option for those who are concerned that going to the polls could put their health at risk.

That State Supreme Court ruling also affected the deadlines for voter registration and for submitting absentee and mail-in ballots. Updates are available online at VotesPA.com.