By Heritage of Green Hills 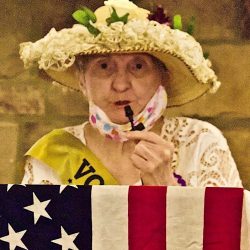 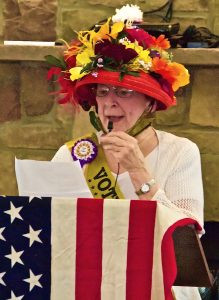 SHILLINGTON, PA — The residents at the Heritage of Green Hills, a healthy lifeplan community in Shillington, Pa. celebrated the 100th anniversary of the passage of the 19th amendment with a parade — complete with iconic “Votes For Women” sashes, ribbons and extravagant hats — in honor of the Suffragists’ historic marches. 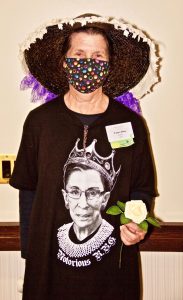 In addition to the parade, there were readings of historic suffragist songs by various community members and a brief speech providing historical context by resident Ruth Shaffer, a researcher and frequent contributor to Berks County Historical Review. Shaffer wrote of a series of articles about the suffragist movement in Berks County that have been published this year.

“Founding Mother Boards” featuring pictures and bios of diverse heroines of the women’s rights and suffrage movements decorated the halls. A suffrage-themed quiz and crossword was available to test residents’ knowledge. Yellow roses were given to every women in the community.

Mail-in ballot applications were on hand for all community members.

“Voting is so important,” says Shaffer, who will be giving a presentation about women’s suffrage at the community in October. “When you consider how long it took to get the vote — the movement started officially in 1848 with Susan B. Anthony and Elizabeth Cady Stanton and it took three generations of women taking up the struggle to make it happen — how can you not vote?” 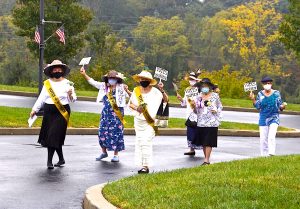