Discussion on Free Speech Next in Literatour Berks

By The Jewish Federation of Reading 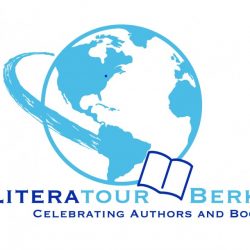 Wyomissing, PA, — The Jewish Federation of Reading/Berks in partnership with Exeter Community Library and Sinking Spring Public Library announce the next author in the second season of Literatour Berks, a community-wide celebration with 29 events featuring authors, celebrities, and cultural influencers throughout Berks County. The public is invited to a virtual discussion on free speech with Thane Rosenbaum on Wednesday, October 21 at 7 p.m. on Zoom.

Rosenbaum will discuss his new book “Saving Free Speech From Itself”. Rosenbaum describes his book: “The First Amendment and its Free Speech Clause has been distorted and would be now unrecognizable to our Founding Fathers. Speech can cause great harm to human dignity and health. Europeans do not allow neo-Nazis and extremists bent on inciting violence to march and trample over the rights of other citizens. College campuses now permit the shouting down of speakers and attacks against Jews in the name of anti-Zionism that have nothing to do with the marketplace of ideas. This book hopes to start a conversation that will lead to free speech reform.”

Thane Rosenbaum is an essayist, novelist, and law professor. His articles, reviews, and essays appear frequently in The New York Times, The Wall Street Journal, The Washington Post, Los Angeles Times, CNN, The Daily Beast, and other national publications. He serves as the Legal Analyst for CBS News Radio, and is a frequent moderator at the 92nd Street Y. He is a Distinguished University Professor at Touro College, where he directs the Forum on Law, Culture & Society.

Literatour Berks is a community program that will bring 29 authors in exciting programs from September 2020 to June 2021 to Berks County, virtually and in-person. The program is presented by Jewish Federation of Reading/Berks in partnership with Exeter Community Library and Sinking Spring Public Library. A complete list of authors and topics can be found at www.readingjewishcommunity.org/home/literatour Additional support in the form of community patrons is acknowledged and appreciated.