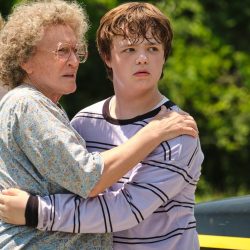 Hillbilly Elegy is the story of J.D. Vance (Gabriel Basso), a former Marine from southern Ohio and current Yale Law student, who is on the verge of landing his dream job when a family crisis forces him to return to the home he’s tried to forget. J.D. must navigate the complex dynamics of his Appalachian family, including his volatile relationship with his mother Bev (Amy Adams), who’s struggling with addiction. Fueled by memories of his grandmother Mamaw (Glenn Close), the resilient and whip-smart woman who raised him, J.D. comes to embrace his family’s indelible imprint on his own personal journey. 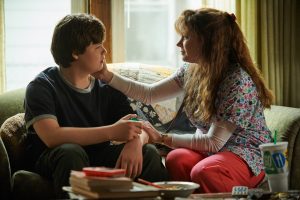 Wyomissing native Owen Asztalos plays young J.D. in the film. He grew up in theater and acting classes and made his debut as a young Beethoven in Beethoven Revealed with the Reading Symphony Orchestra in 2014. Since then, he has acted in movies, television shows, and national commercials.

The film is available for general tickets as well as for the Fox Theatres Private Screening program. For more information and showtimes, please visit foxshowtimes.com.

Fox Berkshire is a proud participant in the CinemaSafe program, developed by the National Association of Theatre Owners (NATO) for movie theaters across the country to assure the public that we are doing everything possible to ensure a healthy return to the movies.