By PA Dept of Health 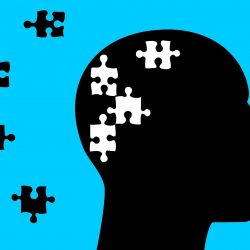 Harrisburg, PA – The Pennsylvania Department of Aging hosted the 2020 Alzheimer’s Disease and Related Disorders (ADRD) Forum, with close to 250 stakeholders participating virtually. This annual forum is convened to assess progress on issues related to ADRD, strengthen partnerships and community support, identify how healthcare systems can work collaboratively within their communities, and discuss opportunities to help advance Pennsylvania’s State Plan on ADRD.

This year’s forum focused on racial disparities and inequalities in early detection, diagnosis and treatment. It opened with messages from Governor Tom Wolf and Secretary of Aging Robert Torres, both of whom emphasized the need to address the higher risk of Alzheimer’s Disease and other dementias in ethnic communities.

“Pennsylvania’s older adult population continues to grow and become more diverse, making the theme of this forum a very timely and important subject. We all need to better understand the implications of racial disparities and inequities on living with dementia so that we can work together in tackling the issues with effective interventions,” Sec. Torres said.

Sec. Torres further noted that in Pennsylvania, according to the Alzheimer’s Association’s 2020 Alzheimer’s Disease Facts and Figures Report:

Roy Hamilton, MD, MS, Associate Professor of Neurology, Director of the Center for Brain Science, Translation, Innovation, and Modulation, Director of the Laboratory for Cognitive and Neural Stimulation, University of Pennsylvania, served as keynote speaker. The forum also showcased a panel discussion featuring Carol B. Amos, Lisette Carbajal and Mike Stick; all caregivers of loved ones who lived with Alzheimer’s Disease and other dementias.

Ms. Carbajal spoke about the challenges she faced while caring for her father who lived with Alzheimer’s Disease.

“As a former millennial caregiver, learning to balance my personal and professional life was challenging. Caring for my father was always my number one priority. Therefore, it was important for my employer to understand my responsibility as his caregiver and provide me with the flexibility I needed to care for him,” Carbajal said.

The Alzheimer’s Disease and Related Disorders Task Force was established in 2018, and its members represent a diverse group of individuals and organizations from across the commonwealth, including representatives from consumer advocacy groups and long-term care organizations. Jennifer Holcomb, Interim Personal Care Home Administrator at Cross Keys Village in York, serves as ADRD Task Force Chair and provided an update during the forum on the activities of the task force.

Holcomb said, “The Pennsylvania ADRD State Plan Task Force is on a mission to positively impact those living with a neurocognitive disorder and their caregivers. Together, we learn of best practices and collaborate to champion the goals of the state plan with a strong emphasis on inequities and making our communities dementia-friendly.”

The ADRD Forum, the fourth such forum hosted by the Department of Aging, is held annually each November to highlight National Alzheimer’s Disease Awareness Month and the commonwealth’s progress in implementing the recommendations of the State Plan for Alzheimer’s Disease & Related Disorders.

“Alzheimer’s is the sixth leading cause of death in Pennsylvania,” Secretary of Health Dr. Rachel Levine said. “Alzheimer’s is one of many brain health issues that can affect individuals, especially our older Pennsylvanians. It is so important that people are aware of these issues and the signs and symptoms associated with them, so they can work to get the right support from their family and their health care providers.”

The Department of Aging consistently partners with the Delaware Valley and Greater Pennsylvania Chapters of the Alzheimer’s Association. Through this alliance, they support programs, services and outreach for the benefit of people living with Alzheimer’s and all dementias, and their caregivers.

For more information on the State Plan for ADRD, visit www.aging.pa.gov.