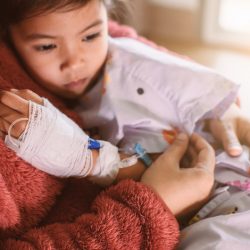 HARRISBURG, Pa. – A new report shows the number of children in Pennsylvania without health insurance is growing and children’s advocates are concerned those numbers could get worse.

According to the 2020 State of Children’s Health Care Report from Pennsylvania Partnerships for Children, nearly 128,000 kids in the Keystone State are uninsured, the eighth-highest number in the country.

Kari King, president and CEO of the organization, pointed out that number represents an increase over last year’s report, from 4.4% to 4.6%.

“That’s a little bit lower than the national average of 5.7% but the state is heading in the wrong direction when it comes to kid’s health insurance, which is really troubling,” King explained.

She noted the threatened repeal of the Affordable Care Act (ACA) could drive the number of uninsured children even higher.

King cites a report from the Urban Institute, which stated overturning the ACA would lead to more than 21 million Americans nationwide losing their health insurance.

She added in the Commonwealth children under six years old and children from low-income families are more likely to be uninsured.

King emphasized parents need to be aware of the options available and how they can access that health insurance for their children.

“They can do that through Pennsylvania’s new health insurance marketplace called Pennie, which you can find online, or the CHIP program in Pennsylvania or the Medicaid program.”