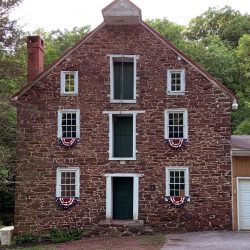 The Levengood-Wagener Grist Mill in southeastern Berks county has been patiently waiting for someone to uncover its beauty and history for many, many years. In March 2020, The Reinford family purchased the mill and began research, clean-up and restoration.

The mill last functioned as a mill in the early 1900’s, who called it Glendale Flour Mills. It was under the care of Samuel B. Wagener who, according to a receipt form 1918, supplied flour, feed, grain, oil cake, meal, potatoes, hay and straw. Mr. Wagener had two locations to sell, one listed as Pine Forge, which is the general area of the mill and one listed at Charlotte and Oak streets in Pottstown, PA. The mill was originally built my Matthias Levengood in 1838. There were three sets of grinding stones in the four bay building, which stands impressively along the Ironstone Creek, just south of the Colebrookdale area and just slightly above the confluence of the Manatawny Creek and the Ironstone Creek and the historically rich Pine Forge area. This three and a half story, stone building holds many secrets yet unknown. There was a substantial dam built on the Ironstone to provide water power for the mill. According to some facts, discovered, the majority of the milling equipment was removed in the 1940’s and the dam was washed out in a hurricane approximately in 1955.

The property has an undeniable charm, with the original miller’s house still on the property along with many outbuildings. Additions to the original property with smokehouse and chicken coop building are a beautiful fenced patio and an amazing view of the Colebrookdale Railroad, which runs the entire length of the property, right along Ironstone Creek.

As research continues on the history of the property, it was discovered that Mr. Wagener created a business partnership with a Mr. Charles Wickersham. That business was called S. B. Wagner & Company. That partnership purchased the next mill south, previously known as the Nagle Mill, built in the 1700’s. Additionally, Mr. Wagener purchased the Fritz’s Mill, which was north on the Manatawny, a farm and a creamery. One can imagine owning three mills, a farm and a creamery would have enabled him to grow crops and other necessary commodities to supply the feed stores.

Research back to the Levengood family is also underway with the help of Amity Heritage Group and Amity Historical Society. Our intent is to document and share as much information as possible and our hope is that others will share in our excitement as well, sharing information if they remember it.

@GlendaleFlourMills on Facebook has many more photos and www.glendaleflourmills.com is under construction also. 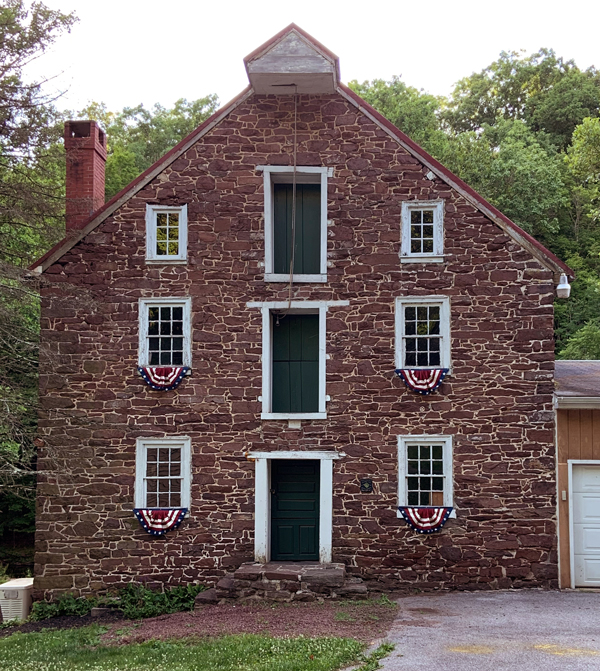