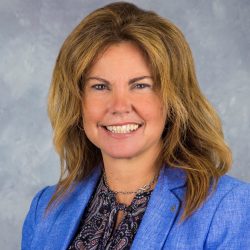 WYOMISSING, PA—Tompkins VIST Bank announced that Audra Glassmire has joined the bank as a Commercial Relationship Manager.  In that role, she will develop solutions to help businesses and professional groups in Berks and its surrounding counties achieve their financial goals and support the local community.

Glassmire, of Leesport, brings 29 years of financial services experience to the company.  She previously was with Santander Bank.  She received a bachelor’s degree in Political Science from Kutztown University.

Glassmire is active in the community, especially in supporting youth sports.  She serves as a coach for the Schuylkill Valley School District’s “Girls on the Run,” and is a founding member of the Schuylkill Valley Youth Lacrosse Organization, which has evolved into a full high school girls and boys program. An avid runner herself, she has competed in a number of marathons and other road races, traveling up and down the East Coast.